2020 Skoda Octavia Spied Inside And Out Looking More Upmarket

skodaSkoda Octavia
The Octavia is finally getting an electric parking brake.

Between the electric Citigo, plug-in hybrid Superb and the Monte Carlo trim for the Scala and Kamiq, it's safe to say Skoda is putting on quite a show these days at IAA in Frankfurt. But the best from Mladá Boleslav is yet to come as before the year's end, the Czech marque part of the Volkswagen Group will introduce the fourth generation of the modern Octavia, just in time for the nameplate's 60th anniversary.

What we have here is the more practical wagon body style, which for whatever reason, has been more popular with our spy photographers than the liftback. You'd be tempted to say the test vehicle is virtually camo-free, but Skoda is playing tricks on us as there's still a lot of extra cladding slapped onto the actual bodywork in an attempt to fool the untrained eye.

Even the headlights have those faux stickers to hide the actual design like Porsche did with the Taycan, but at least we can clearly see Skoda will revert to one-piece clusters after giving the outgoing Octavia III facelift those controversial split headlamps. The taillights are also covered, although we can observe these will extend onto the tailgate for the first time to make the car seem wider when viewed from the rear.

Since we're dealing with a model from VAG, we're not expecting any major styling changes from one generation to another. That being said, we're getting the feeling the Octavia IV will have a more upscale appearance once the disguise will come off in a few weeks or months. A minor bump in size is to be expected considering the Scala is now technically the company's compact model, thus allowing the Octavia to grow a bit.

We also have a few images with the interior where the gear knob for the six-speed manual gearbox has been carried over from the current Octavia. It's the same story with the start/stop button, which not only looks identical, but it's located in the exact same spot. That's where the similarities end as the prototype had a fancy new steering wheel with a two-spoke design along with an evolution of the digital instrument cluster.

There's a piece of fabric covering most of the center console, but we can still see the air vents have been moved way lower. There's a row of buttons above them, along with a generously sized touchscreen for the infotainment system. It's not integrated into the dashboard, so we're dealing with one of those screens that mimic a tablet.

Finally ditching the old-school handbrake lever, the new Octavia prototype had an electric parking brake showing Skoda's intentions to push its most popular car upmarket. Eagle-eyed readers will notice there are some differences inside the cabin from one photo to another, and that's because we're dealing with two prototypes. The one with the electric parking brake had an automatic transmission, but was missing the piece of chrome trim around the central air vents and the driver's display, while the steering wheel was borrowed from the current Octavia.

The interior might not look all that upmarket compared to its predecessor now, but with all the production bits and pieces in place, it should look a lot better. Some of the plastics look a bit cheap, but that's likely because the prototypes didn't have what we're hoping to be soft-touch materials to make the Octavia feel nicer than the Scala.

Skoda hasn't said when it will precisely unveil the new Octavia. With VW introducing the eighth-generation Golf in October, we have a feeling its more practical sibling won't premiere before November. 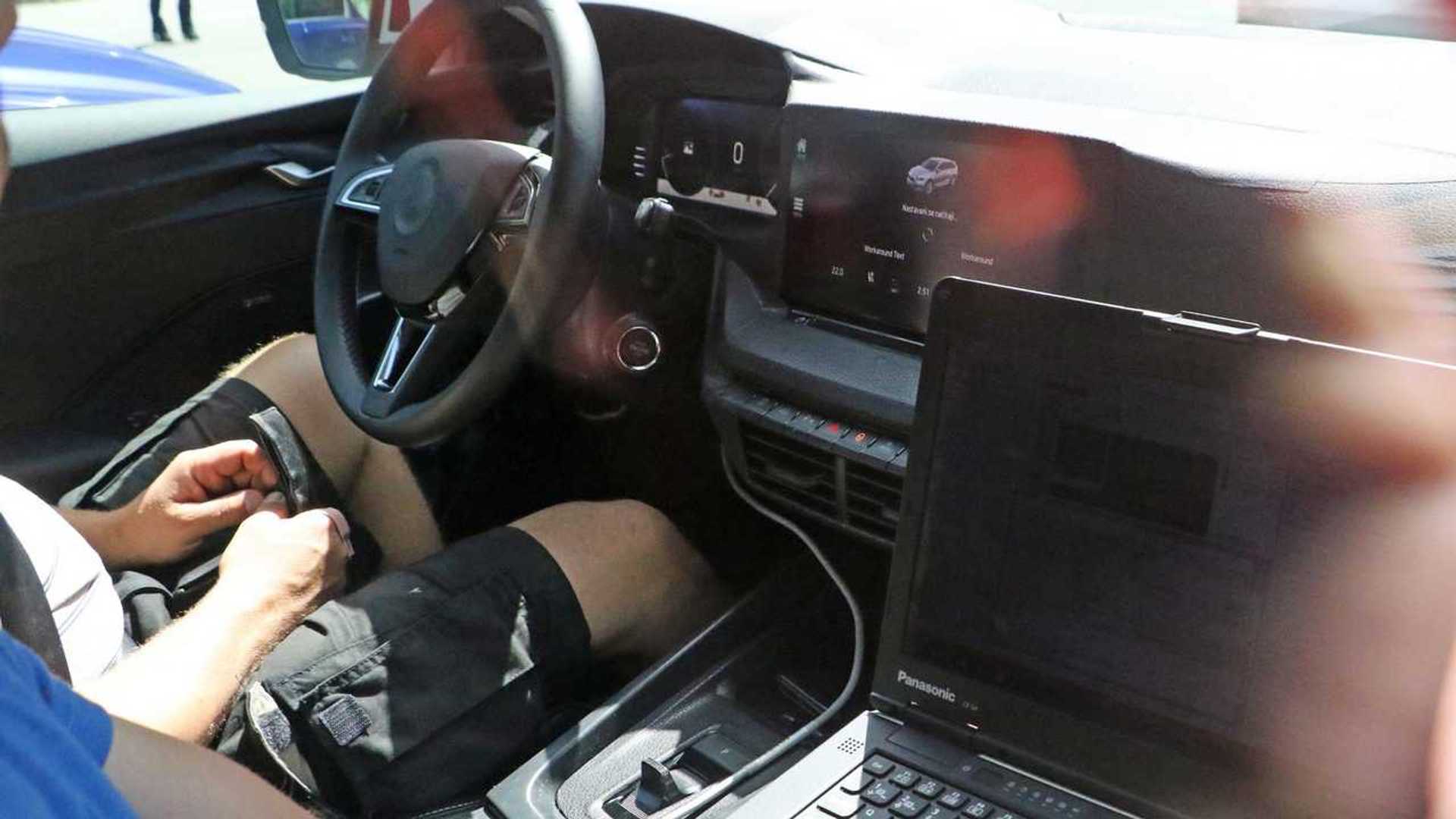