Our first look at the electric truck in a different color

It's been nearly a year since the Rivian R1T truck was first revealed to the world, and today we finally get to see it in a different color. Thanks to a YouTube video posted a couple days ago, a blue paint option has officially emerged. The truck isn't the easiest to see in the walkaround video, so we've screen grabbed all the good shots of the truck so you can get an easy look at it.

Up until this point, the only color available for viewing was the silver it was initially revealed in. The event this truck was shown at took place in Seattle, where the company also featured its new van for Amazon. There wasn't anything else new announced, but we're happy to see the new hue that reminds us of awesome blues coming out of brands like BMW, Audi and even the Voodoo blue on the Tacoma TRD Pro. The right blue hue can really make a car, something exemplified by VW's Spektrum paint program (good luck picking one, though).

Unfortunately, we're still a ways off from the Rivian R1T launching to find out all the colors it will be offered in, and it'll be interesting to see what the company does to design good matches with the truck's many yellow accents. Silver and blue look good, but we're excited to see the rest of the palette. 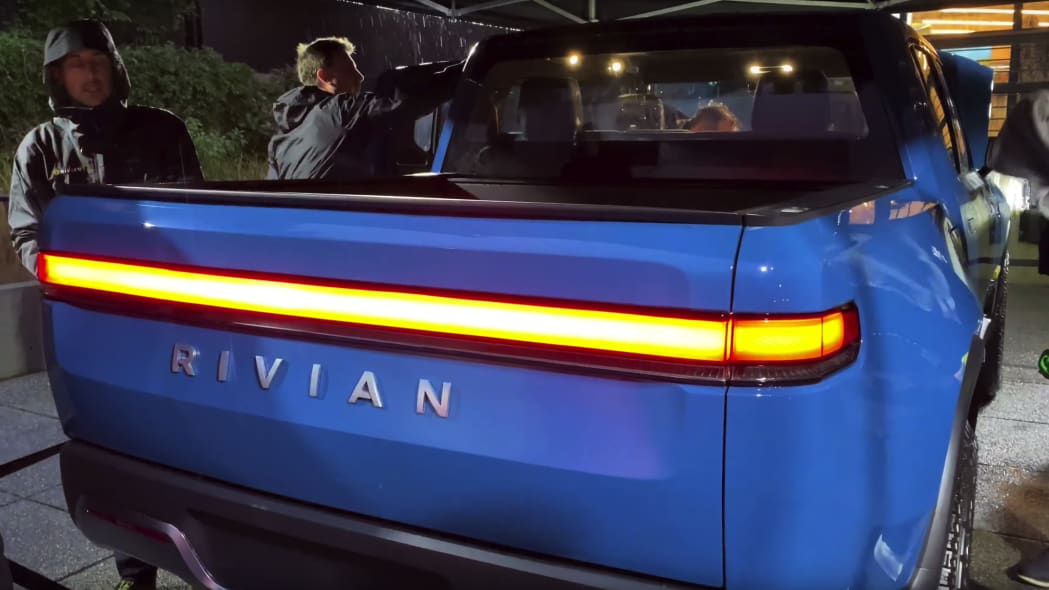