Volkswagen unveiled the new Amarok a few months ago and tuners are already beginning to preview their custom builds based on the Ford Ranger-based truck. Customers looking for a step above VW's own PanAmericana trim level might want to give Delta4x4 a call as the German off-road specialist is preparing a beefier version of the midsize pickup. Official renderings provide an early glimpse of the appropriately named "Beast" currently in the works.

The 2023 Amarok is also getting an LED bar on the roof as well as more light-emitting diodes attached to a front bull bar. PIAA will be supplying the extra lights while Horntools has been chosen to provide a winch. Rounding off the upgrades are the roof rack, Delta4x4's badges front and rear, along with "Beast" red decals on the sides of the bed.

Additional technical specifications have yet to be revealed but the renderings show the aftermarket project will be based on the punchy six-cylinder version judging by the "V6" logo on the grille. Connected to a ten-speed automatic transmission, this 3.0-liter diesel borrowed from the global 2023 Ford Ranger is good for 238 horsepower (177 kilowatts) and 247 hp (184 kW) depending on specification.

Following its official reveal back in early July, the new Amarok entered production in September at Ford's plant in Pretoria, South Africa. where it's built in five trim levels: Amarok, Life, Style, PanAmericana, and Aventura. Unlike the Ranger with its family-oriented 2023 Everest sibling, VW's truck won't spawn a ladder-frame SUV.

It should be mentioned the original truck developed by VW and launched in 2010 is still being made in Pacheco, Argentina for South American regions. 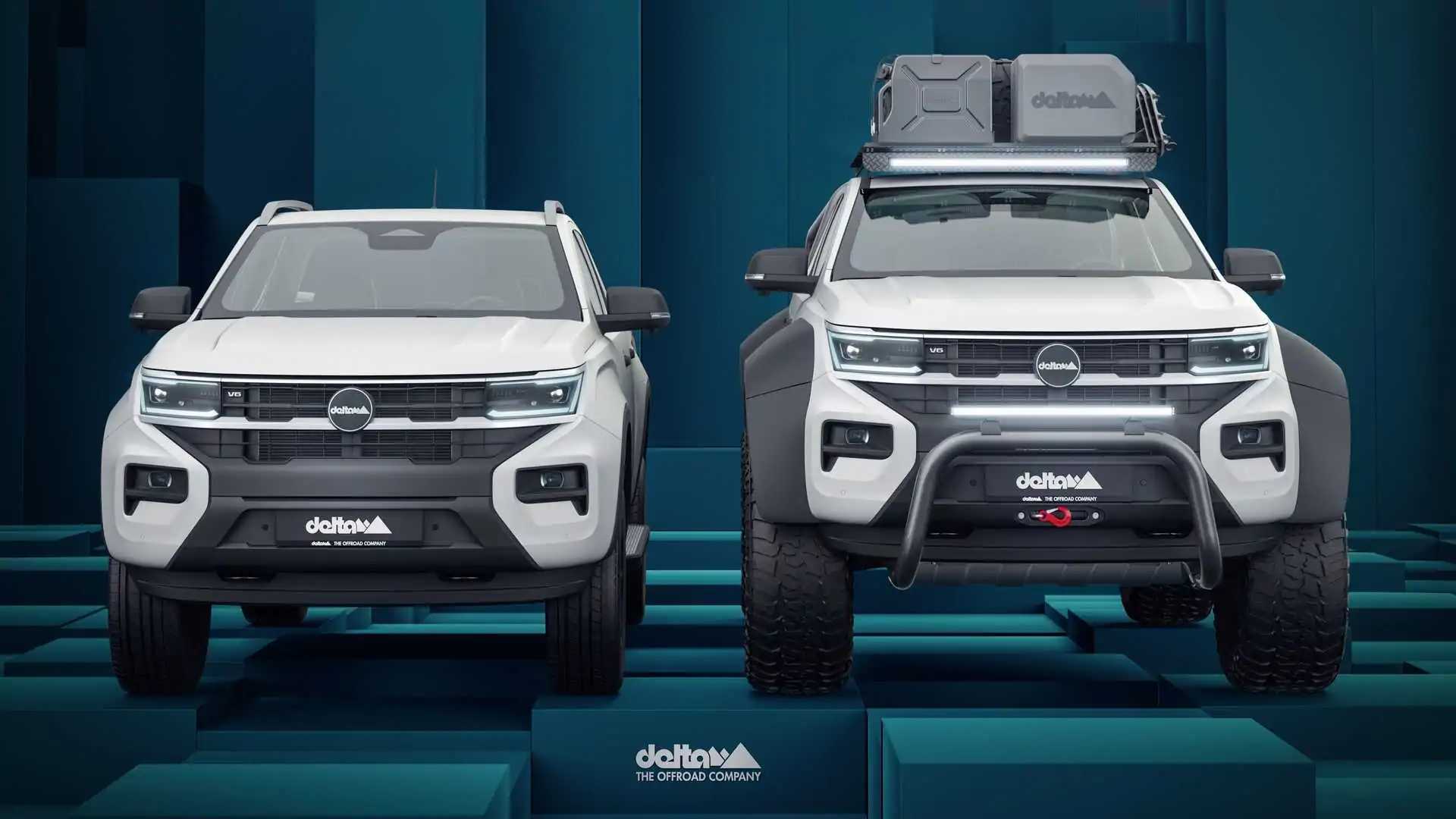 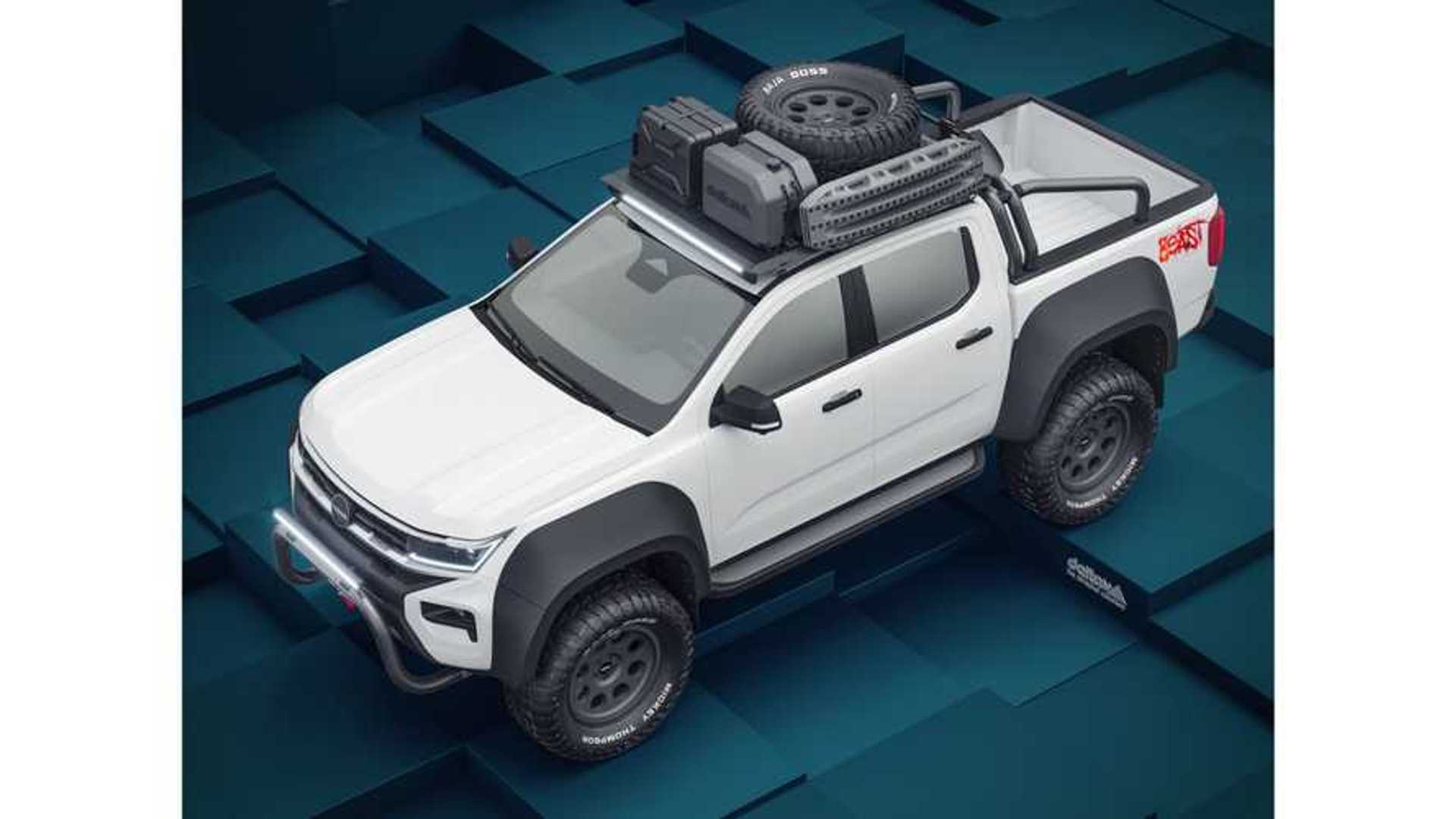 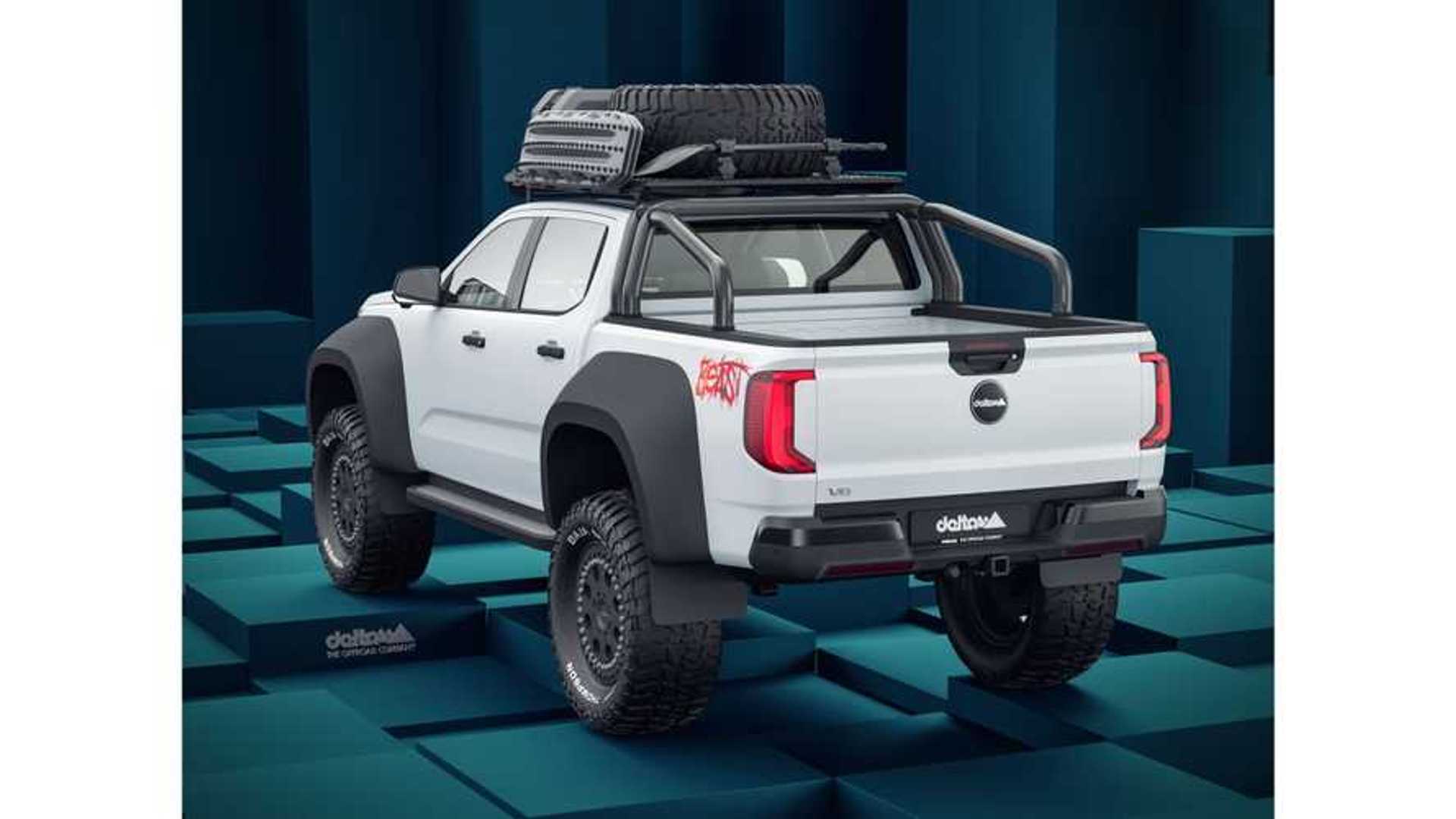