alfa romeo
Aifa Romeo didn't have the best of luck with hatchbacks, but we believe they did just enough for the MiTo and Giulietta to have a comeback.

The Giulietta has been around for so long that a new generation of petrolheads will probably discover it. Harry Metcalfe recently drove the hot version we sampled many years ago and found it's still more enjoyable to drive than a Golf GTI.

The Italians have always been pretty good at designing cars, so these two hatchbacks are still beautiful to this day. The shape of the round taillights is iconic, while the beak-shaped grille is just as pronounced as the one on the Stelvio QV.

A revival of the Alfa hatchbacks is one of the main things we look forward to from the merger with PSA. Peugeot wasn't known for its engine technology in the past, but with regulations pushing everybody to downsize, they're now among the market leaders, especially for diesels.

On top of that, you have Peugeot's other technologies, like the screens used in the cockpit, the hydraulic bump stops or simply the batteries under their PHEV and EV models. On the other hand, Fiat-Chrysler kind of... sucks at electrification. The 500e is not to be taken seriously, and the Jeep Renegade plug-in hasn't been heard from since the beginning of the year.

So now that we know the technology could become available, what can we expect from the styling departments? Only good things, but the development of a new MiTo or Giulietta hasn't exactly been approved yet. So instead, we propose the rendered work of Rafael Corazza.

His traditional rendering is eye-catching, to say the least. While the front view evokes memories of our time with pretty Alfas, the back is better. It's there that we catch hints of Mazda and the taillight styling of the Vanquish Zagato, basically, two teardrops connected by a crease. 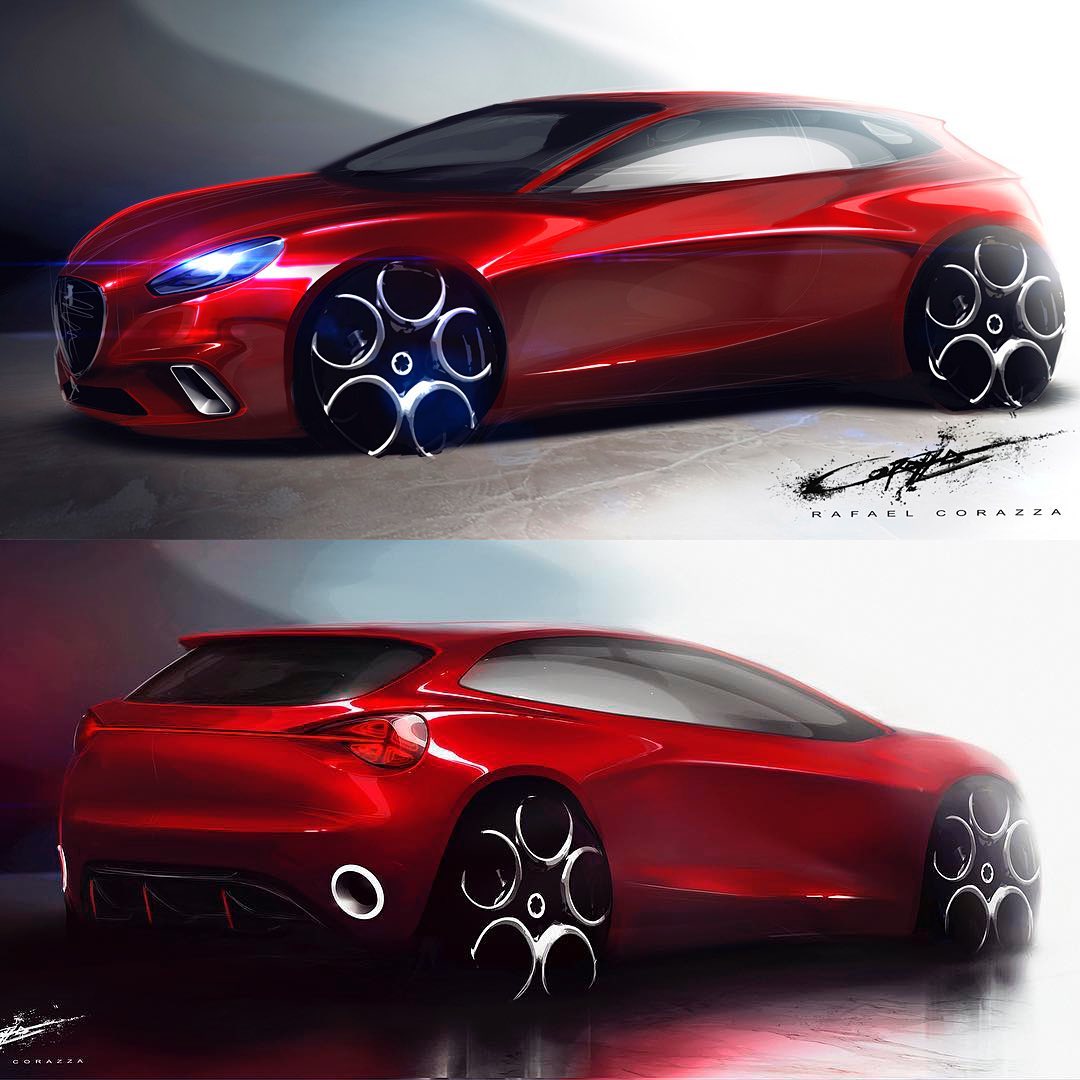