The truck debuted at a BMW Motorrad event

While we focus mostly on BMW automobiles here at Autoblog, the German automaker has a long and successful history of building motorcycles, too. At this year's BMW Motorrad Days, a three-day celebration in Germany of everything BMW, BMW revealed the X7 pickup, another in the one-off oddball concepts we've seen over the years.

Despite bearing a striking resemblance to the Honda Ridgeline when viewed from the rear, the X7 pickup is based on the company's all-new three-row SUV. There are no interior photos, but based on what we're given, it looks like they simply chopped the roof after the second-row seats and replaced the third row and cargo area with a wood-lined bed. Unsurprisingly given what was removed, the truck weighs more than 440 pounds less than the standard X7. Part of those weight savings include the use of carbon-fiber reinforced plastic on the roof and doors. It's four inches longer in order to marginally increase the length of the bed. The extra length gives it slightly better proportions, too.

BMW is calling this a five-seat luxury pickup, and we're sure it puts even the highest grades of the Ford F-150 and Ram 1500 to shame, at least in terms of luxury features. The concept was completed over the course of 10 months by a group of trainees within BMW. It's fully road legal, but don't expect to see this on BMW showrooms. BMW has built a few truck concepts over the years, including one based on the E92 M3, taunting us with hopes of a German Chevy El Camino or Ford Ranchero. 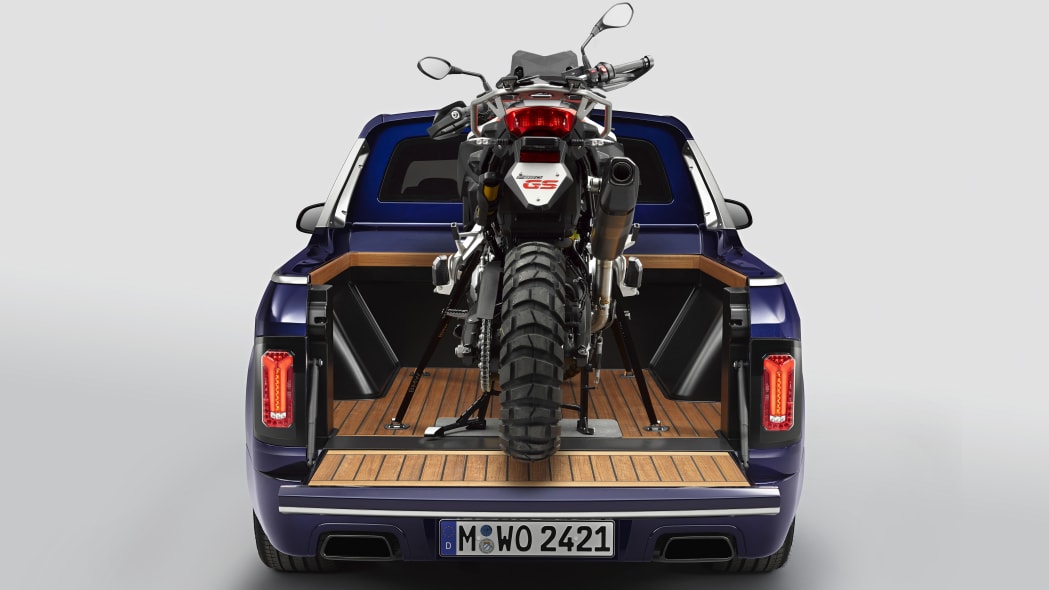 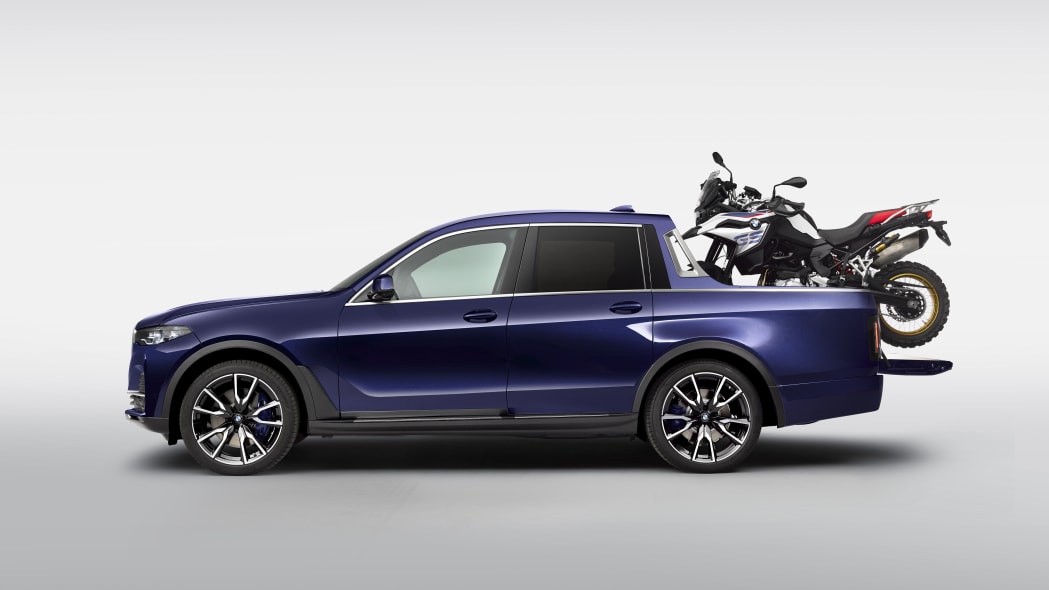 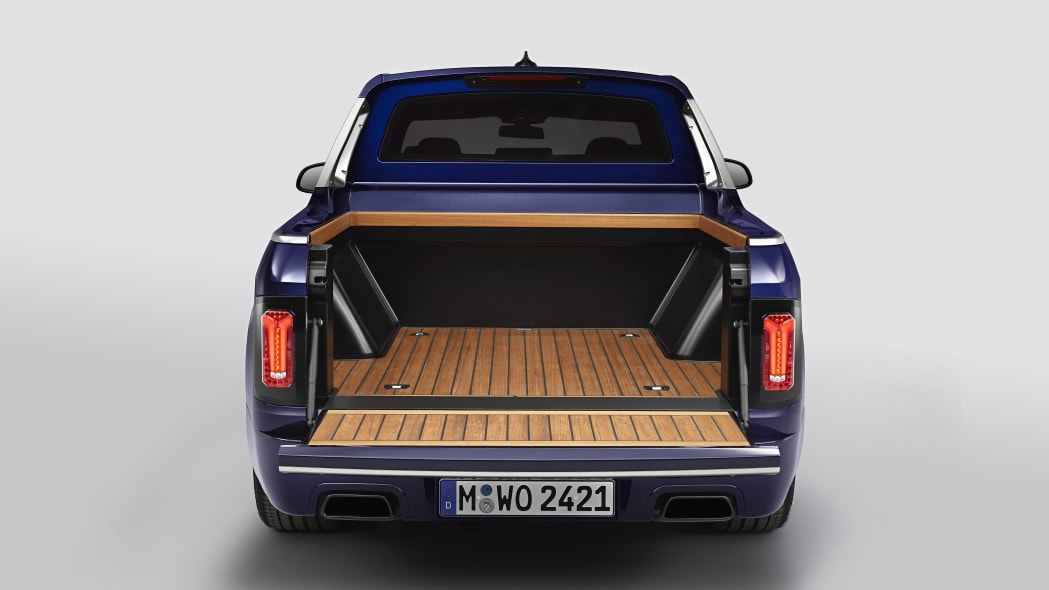