We propose Hyundai call its commercial brand OmniCorp in the States

The Hyundai HDC-6 Neptune semi-truck has been revealed, previewing a possible future of hydrogen fuel-cell commercial trucks. Despite being a preview of the future, Hyundai says it looked to the past for design cues, specifically the 1930s with streamlined and Art Deco designs. That's certainly evident in the rounded shape of the truck and trailer, and particularly the slatted grille and panels along the side.

While we get that it's based on 1930s design, the blue and gray paint scheme, aerodynamic wheel covers and the large amounts of black glass also have us thinking of the dystopian Detroit portrayed in "RoboCop." The tractor unit looks like the titular mechanical constable's helmet or the dangerous ED-209 robot. Even the HDC-6 designation doesn't sound out of place in a world that had the 6000 SUX.

We're dwelling on the styling of this truck because that's all Hyundai has actually revealed about the concept. It hasn't said anything about range, power, powertrain placement or anything else important. The only information Hyundai has provided is that it has better range and faster refueling than, presumably, full electric vehicles. It also apparently has significant cooling needs, necessitating the large front grille.

Despite a lack of mechanical details, Hyundai does seem serious about hydrogen commercial vehicles. The company, along with H2 Energy, will sell 1,600 fuel-cell commercial trucks in Switzerland between 2019 and 2023. Hyundai also announced it will collaborate with Cummins (yes, the diesel engine builder) on fuel-cell and electric powertrains for commercial use. So maybe one day we will see something like the HDC-6 Neptune on the road, but hopefully not hauling ED-209 units. 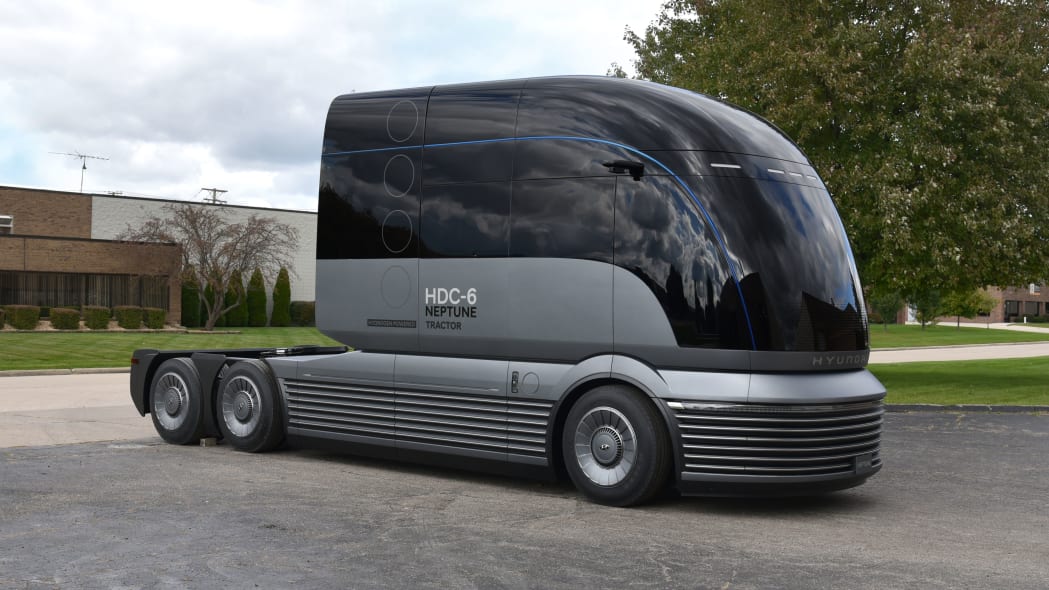