porschePorsche 911
Throughout the reign of the previous 911 generation (991), there have been multiple rumors of Porsche introducing a Dakar/Safari special that would allow a few lucky owners to get off the beaten path while paying a nod to Zuffenhausen's Paris-Dakar Rally sportscar racing era.

And while such a derivative never came to life, now, when the 992 Neunelfer is among us, the aftermarket realm is giving us a build cooked according to the said recipe.

Nicknamed Vanina, this Porsche started out in life as the sharpest 991.1 "standard" model (read: not a special like the 911 R) you could grab with a manual, namely a Carrera 4 GTS. So we're talking good old naturally aspirated kicks coming from a 3.8L flat-six that produces 430 hp in factory trim.

However, the rear-engined coupe has now become a terrain tamer, packing all the right gear and then some. The first part of the said description involves the wheel/tire combo (these appear to be custom cookie cutters), the suspension, a widebody kit, various shields (underbody and headlights included), a roof rack, a rear window-mounted spare wheel and, of course, plenty of extra LED lights. And these are just the bits that can be seen with the naked eye, since there's no tech description of the monster, at least for the time being.

As for the second part, this has to do with the livery of the 911. These forbidden colors (tobacco advertising is obviously banned nowadays) are a nod the 953 (this was a heavily reworked 911) that legendary racer Jacky Ickx took to the 6th place of the 1984 Paris-Dakar Rally. For the record, this was one of the three cars entered, albeit with the example manhandled by Rene Metge and Dominique Lemoyne grabbing the win that year - you'll find the last in the YouTube video at the bottom of the page, which brings us footage from that specific event.

This jportscar (jaked up sportscar) build was commissioned for the Middle East-based Caraba Collection. Fortunately, though, it won't be given the garage queen treatment. Instead, it will prove the might of the rear-engined configurations this winter, as it's set to attend various upcoming events, including February's GP Ice Race in Zell am See, Austria.

The transition from asphalt delight to offroading might was a collaboration between British developer Xquisite Productions and Saudi Arabian specialist ByDesign Motorsport.

And while all-terrain 911 builds are now a trend, most of these projects are based on more affordable, air-cooled Neunelfers, with the one staring at us right now most likely being the first 991 that can follow a Cayenne anywhere. 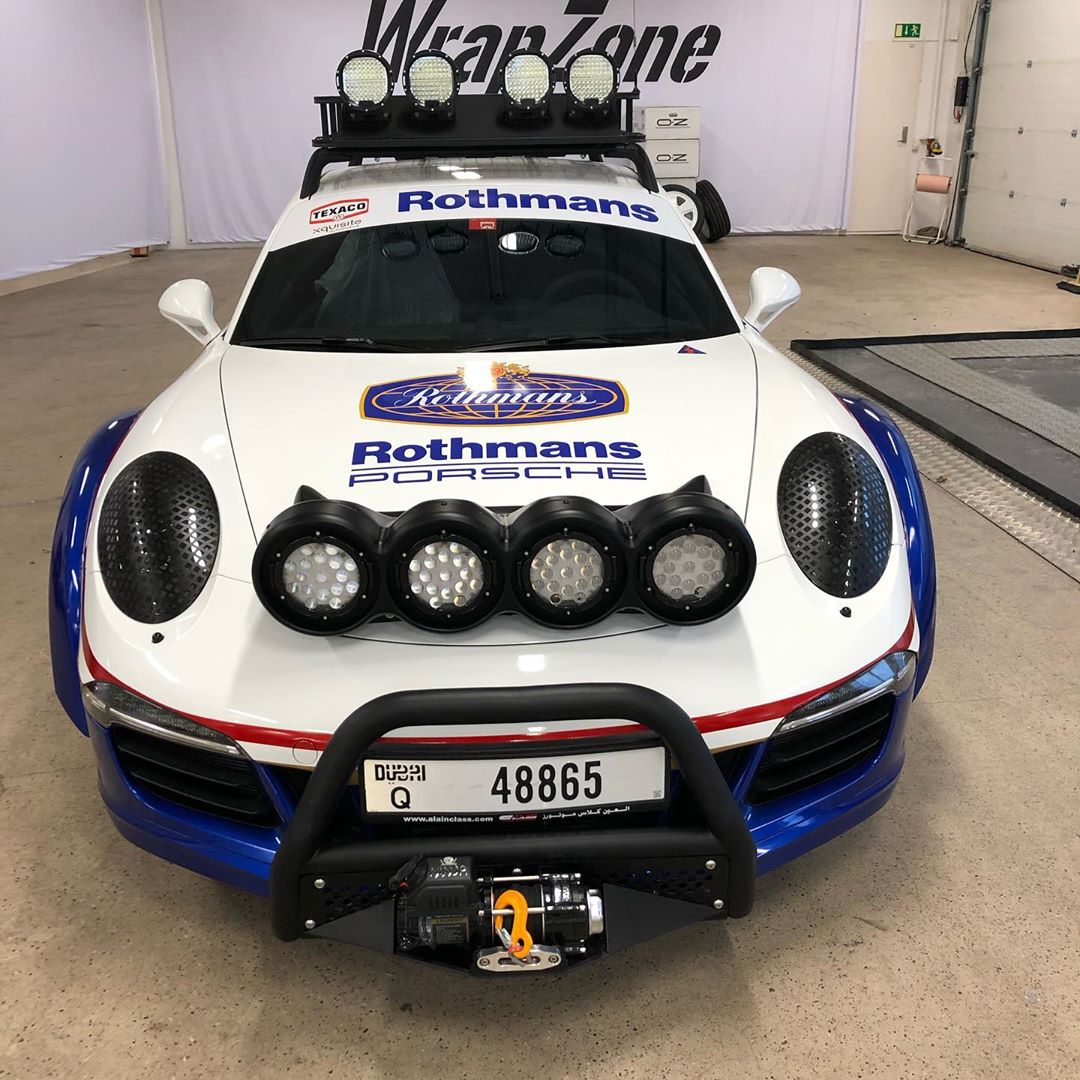 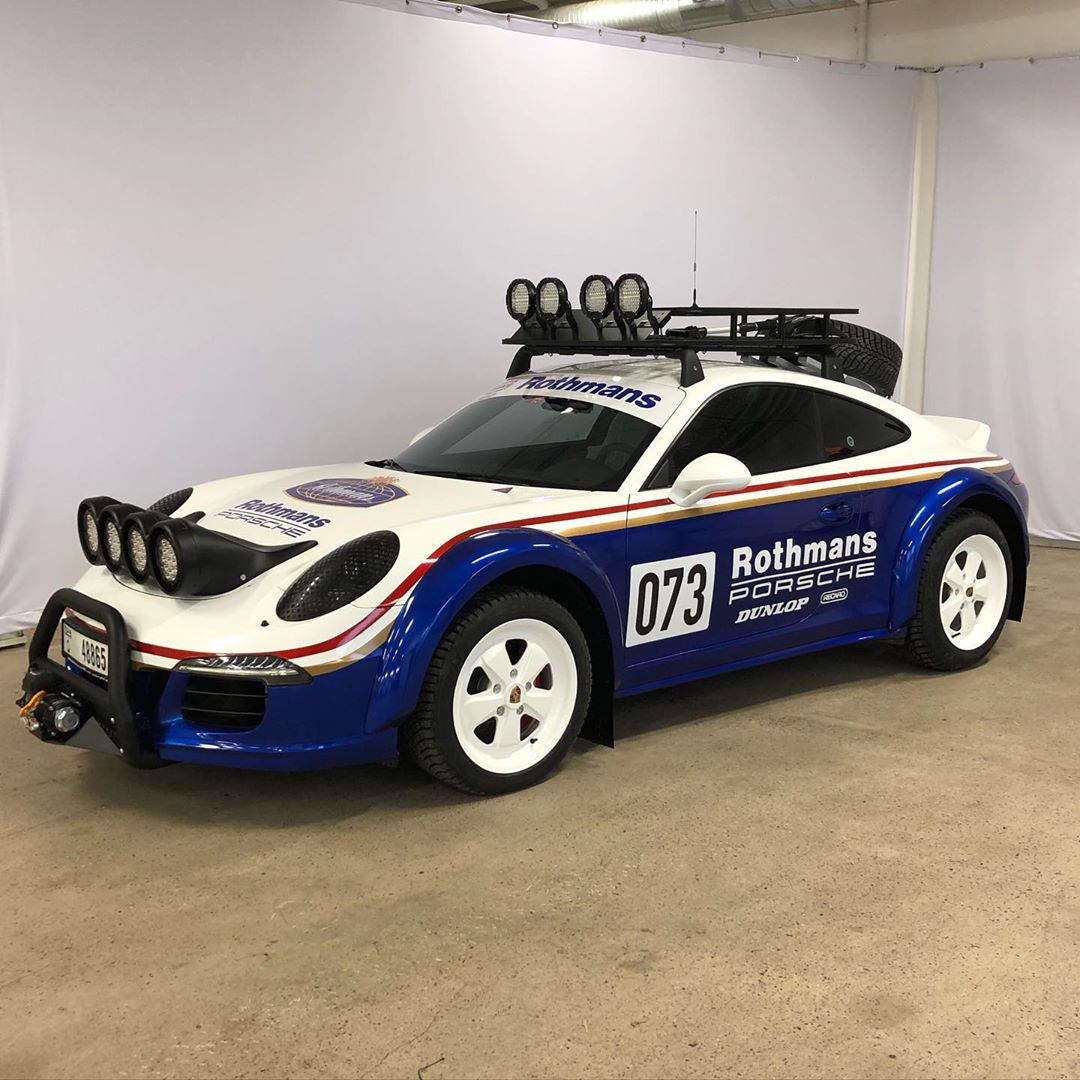 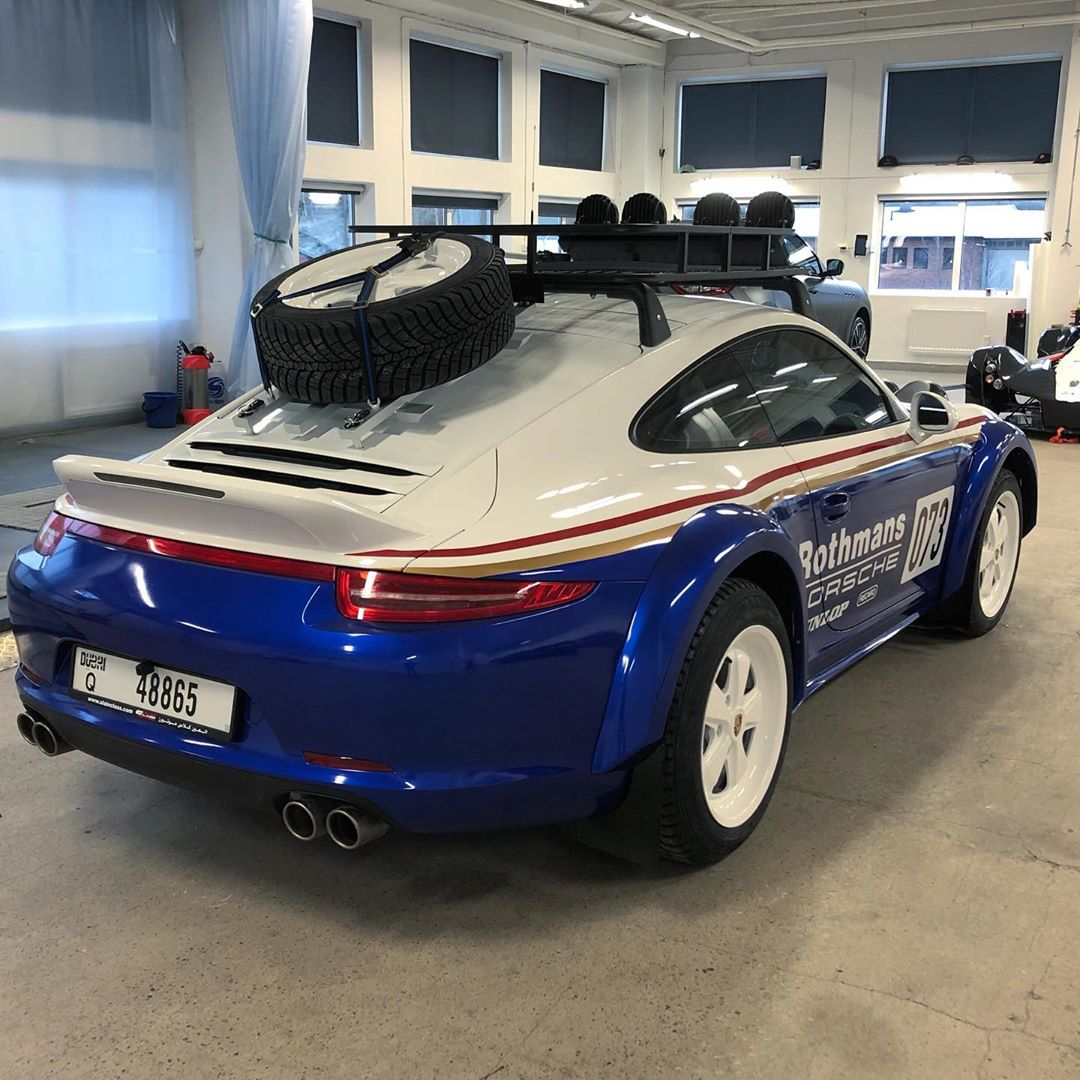