New 4-based concept celebrates 60 years of the classic

The Renault 4’s 60th anniversary celebrations continue with the unveiling of a one-off redesign of the original supermini, inspired by a “nomad hotel suite”.

It's called the Suite N°4 and Renault has worked with French designer Mathieu Lehanneur to completely redesign the 4. The rear of the car has been replaced by polycarbonate windows, creating what Lehanneur calls “an open-air hotel room”.  Renault says this conservatory-like design provides the rear of the car with “lighting on par with that of an artist’s studio”.

The Suite N°4 has been converted to an EV, with a set of transparent solar panels on the roof helping to charge the car. A new polished aluminium grille has been fitted and the bodywork is coated with three layers of paint in order to make it look like cement, which, Renault says, is “a material synonymous with modern architecture”.

The seats and dashboard are upholstered in yellow velvet, with the boot floor being finished in natural fibres. A removable wooden drawer extends from the rear bumper to provide seating when the rear hatch is open. Despite the radical redesign, the Suite N°4 has the same dimensions as the classic Renault 4 it was built on.

Lehanneur describes the Suite N°4 as “better than the finest palatial suite, the car is exactly where you want it to be, whether that’s by the sea, in the middle of a field or driving around the city you’ve always dreamed of.”

Unveiled at Christie’s in the centre of Paris, the Suite N°4 will remain on display there this weekend before being moved to Renault’s huge Atelier Renault showroom and museum. It will also be exhibited at the next Maison&Objet design fair in January.

The Renault 4 is in line to be revived as a high-riding electric supermini, sharing its CMF-BEV architecture and retro-inspired design cues with the already revealed 5. We are expecting to see a concept some time in the coming months. 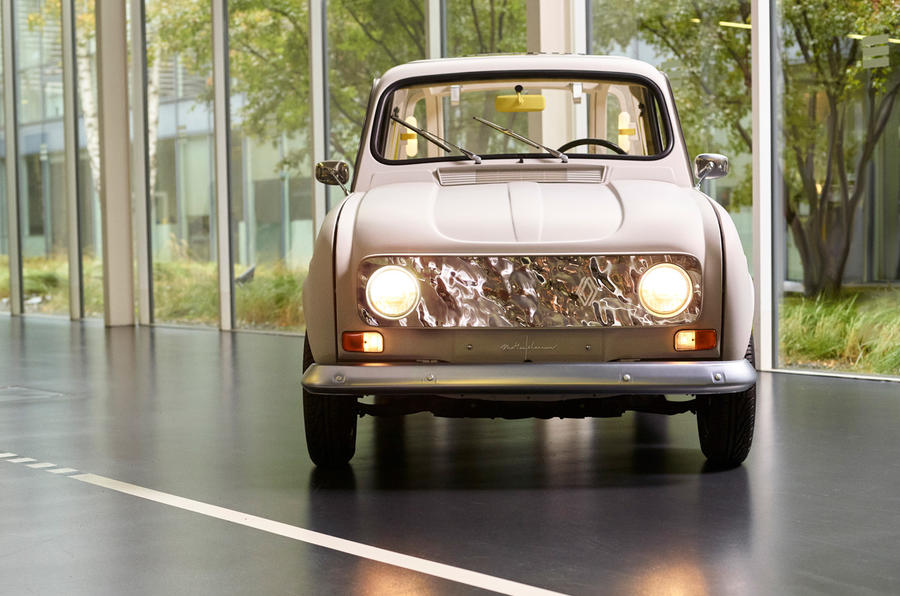 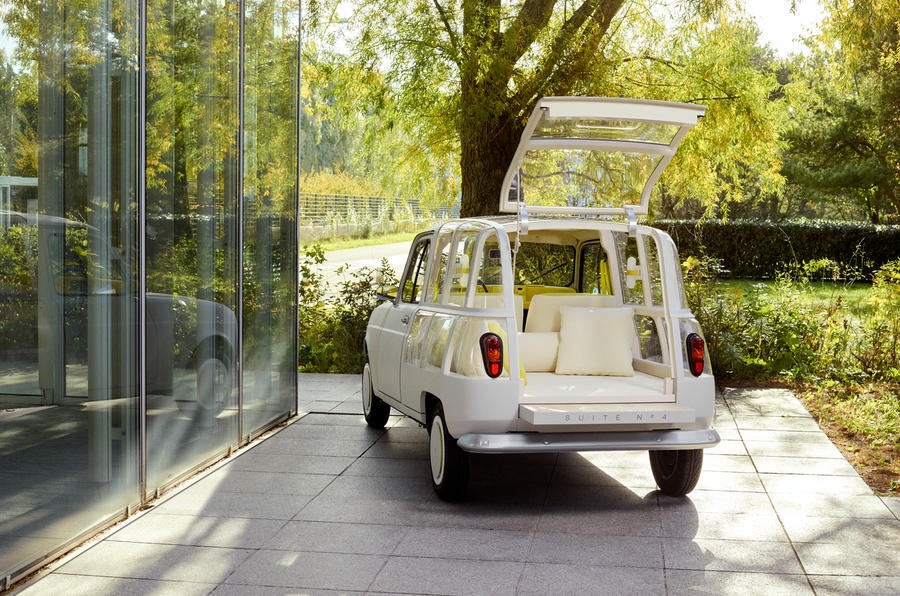 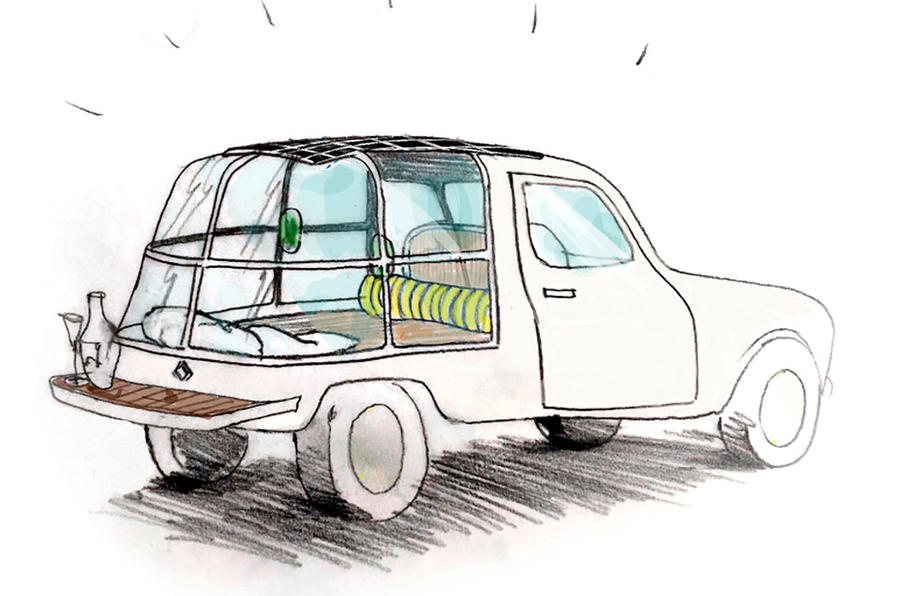