This self-charging mining truck is the world's largest electric vehicle

The Swiss division of machinery manufacturer Kuhn wants to electrify the mining truck segment. It converted a diesel-powered truck to run on electricity, and put the behemoth to work in a quarry located on the outskirts of Biel, Switzerland. Called eDumper, it's the largest electric vehicle in the world.

The eDumper started life as a Komatsu HD 605-7 powered by a mammoth of a straight-six turbodiesel engine with 23.1 liters of displacement. It's 30 feet long, 14 feet wide, and 14 feet tall, according to Green Car Reports. Kuhn Schweitz removed the six-cylinder engine and replaced it with motors that draw electricity from a 9,000-pound, 600-kWh lithium-ion battery pack. To add context, the biggest battery pack offered on a Tesla Model X has a 100-kWh capacity.

The pack works with regenerative braking technology to give the eDumper an infinite driving range. Researchers haven't unlocked a long-awaited breakthrough in battery technology; they merely leveraged basic physics. The 45-ton eDumper drives up a 13-percent incline to pick up the 65 tons of lime and marl it needs to bring to a nearby cement factory. It's so heavy when it drives back down that its regenerative braking system generates most or all of the energy used to go up the hill.

CNN recently put Formula E pilot Luca de Grassi in the eDumper's first-story cab. He left with a 90% charge, got to the top with 80% left, and got to 88% after descending the hill. Each trip is a little different, but Kuhn explained the eDumper normally makes more energy than it consumes. Using batteries as a source of power saves approximately 50,000 tons of diesel annually.

Kuhn's eMining division is taking orders for the eDumper. The standard, diesel-powered model is priced well into the six digits, but the company hasn't put a price tag on the conversion yet. 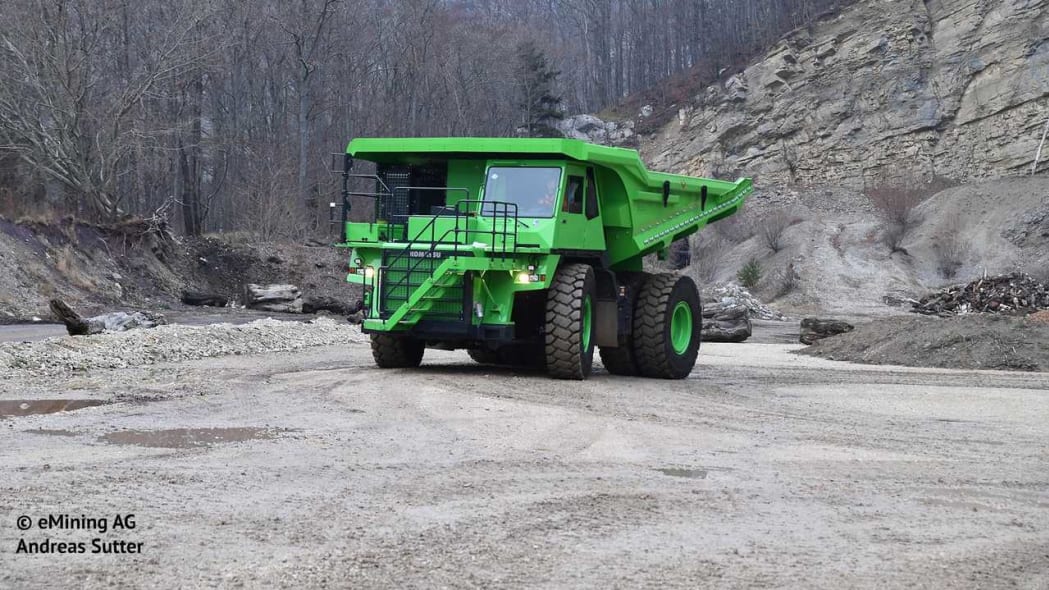 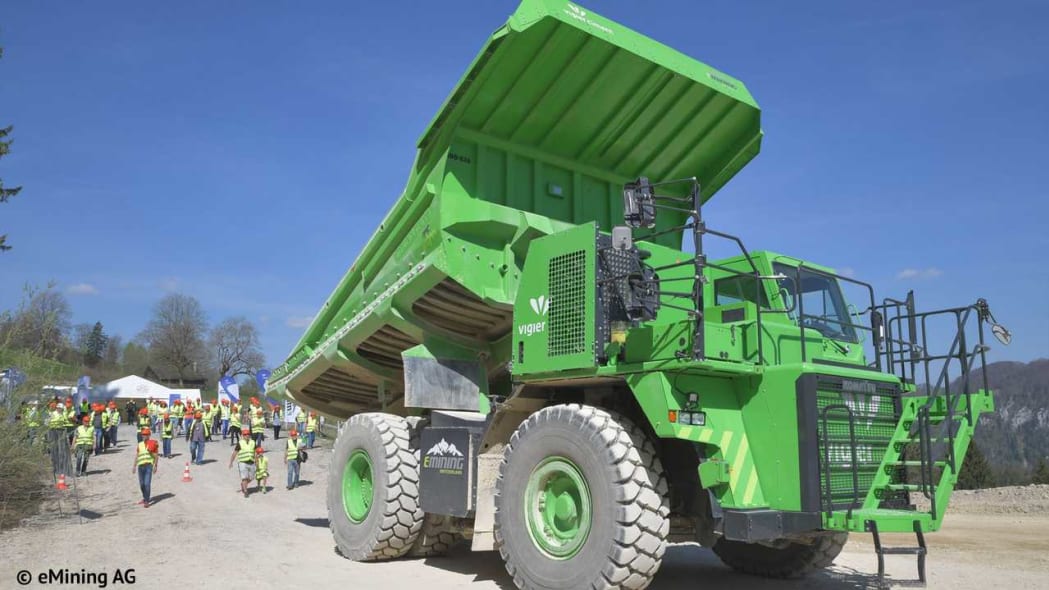 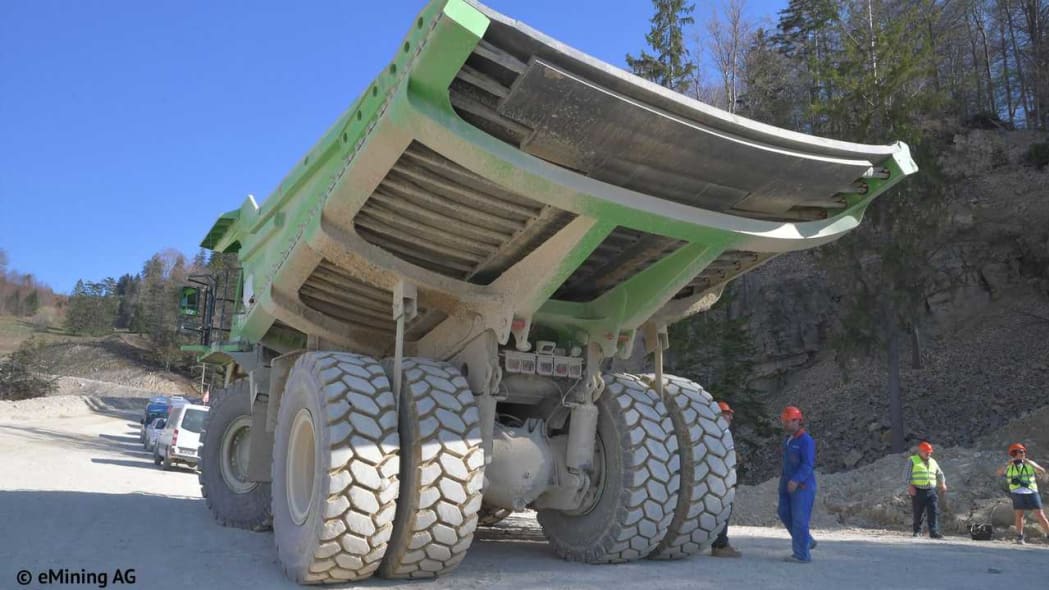