dodgejaguarjeeplamborghiniland roverrolls-royce
Marketing departments deserve a prize for these names.

We recently took a look at some of the worst model names in the auto industry. These names were either just plain bad, or just not as good as they could have been. For this list, we wanted to look at all of the great names that currently exist in the industry. In order to avoid favoritism, we have decided to exclude long running nameplates like Corvette, 911, Mustang and Camaro, so don't expect them to appear on this list. We wanted to highlight how good the marketing departments for these companies have been with these names. 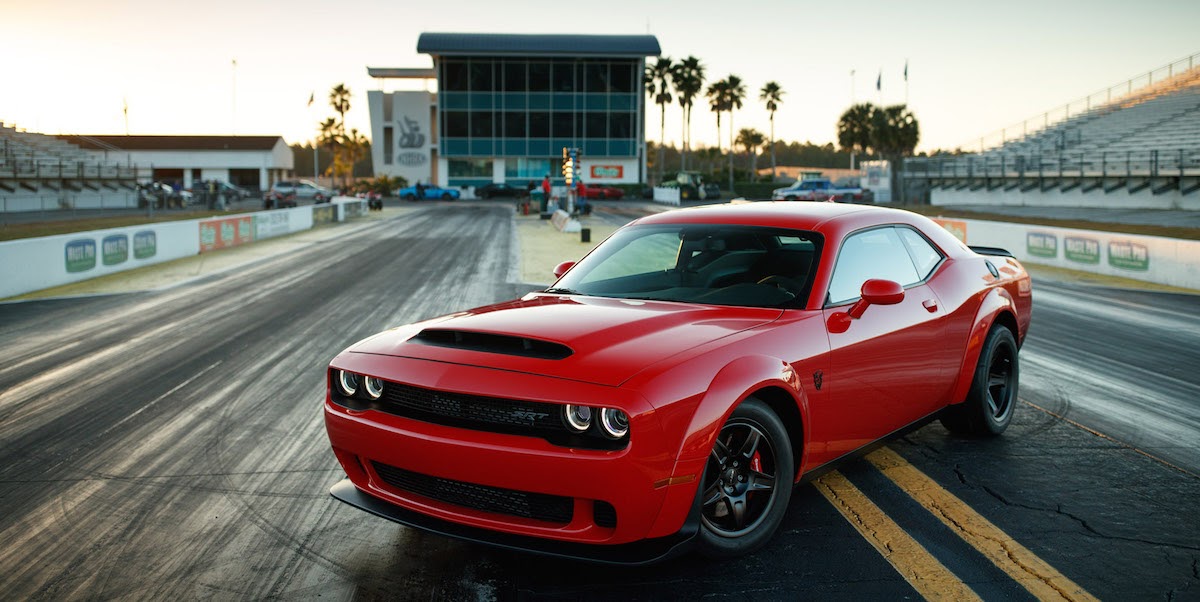 We decided to group all of the recent FCA cars together, or else they would have taken up three spots on this list. What started with the impressively named Challenger Hellcat, spawned the Dodge Demon and the Jeep Grand Cherokee TrackHawk. The TrackHawk is powered by the same 707-hp 6.2-liter supercharged V8 that resides in the Hellcat twins, and the Demon brings that power up to 840 hp. It would have been easy to just give these cars boring names with the SRT scheme, but FCA went all out with some of the coolest names that we have ever seen on cars.

Jaguar Land Rover has been on a roll ever since being taken over by Indian automaker Tata. With the F-Type, JLR had the nearly impossible task of reviving the fabled E-Type and creating a car that could rival the Porsche Cayman/Boxster and the 911 all in one package. Amazingly, Jaguar succeeded on both fronts. The F-Type manages to pay homage to its namesake without taking the easy route of keeping the same name for decades. With the recent introduction of a four-cylinder turbo model, the F-Type now competes with Porsche from the 718 Boxster all the way up to the 911 Turbo. The F-Type names sounds great, and the car's exhaust sounds even better.

The Range Rover name has become an instantly recognizable symbol of wealth. Since being acquired by Tata, JLR has made the genius decision of expanding the Range Rover brand and bringing it down market. The least expensive Range Rover in the lineup is the Evoque, which looks fantastic. The name sounds like the word "evoke," which means "to bring to mind." We think that the Range Rover Evoque certainly evokes a feeling of style and luxury that is synonymous with the brand. Land Rover is continuing what it started with the Evoque with the new Velar, which should be a huge success for the brand.

There's no way that we could do a list of best car names without putting a Lamborghini on it. The pantheon of mid-engined, V12 Lamborghini cars is full of incredible names like Miura, Countach, Diablo and Murcielago. Contrary to some internet jokes, the Aventador did not get its name because it has a vent and a door. The car follows the Lamborghini tradition of being named after a fighting bull. Aventador was a bull that fought in Zaragoza, Spain in 1993. The bull fought valiantly and won the Trofeo de la Pena La Madronera for its outstanding courage in the ring. Not just any old bull gets its name on a Lamborghini.

Rolls-Royce has a long history of elegant and inspiring names. Names like Silver Shadow and Phantom are infinitely cool. With the Ghost, Rolls-Royce had the difficult task of getting people to take the car seriously compared to the larger Phantom. Even though the Ghost was based on a BMW 7 Series platform, Rolls-Royce succeeded. Ghost is the perfect name for a luxury sedan that is powered by a whisper-quiet 6.6-liter V12. The Ghost blasts down the road as the name suggests, in complete silence. Phantom may have been a tough name to outdo, but the Ghost does an admirable job.