Off-roadVolkswagenvw
Cargo and ambulance versions are available too.

In early July, Torsus teased a new van-based off-roader to supplement its line of considerably larger overlanding vehicles for commercial and recreational use. Now, the veil is entirely lifted on the newest Torsus machine, called Terrastorm.

It's certainly smaller than the company's larger-than-life Praetorian, but as the sizable photo gallery below shows, it seems plenty capable of conquering roads and trails less traveled. The Terrastorm uses the all-wheel-drive Volkswagen Crafter / MAN TGE as its starting point, but the underpinnings are obviously far from stock. Upgraded MacPherson struts and Bilstein B6 shocks are mounted up front, with a combination of leaf springs and Ironman 4x4 Load Plus with optional Profender Dakar shocks at the back. A locking rear differential is also included.

The ride height is increased to offer 11.4 inches of ground clearance. With large all-terrain tires installed, the Terrastorm boasts an approach angle of 26 degrees and a 20-degree departure angle. Should you encounter water on your journey, the Terrastorm can wade through 27 inches without issue. In the event the going really gets tough, skid plates and custom bumpers with integrated winches provide protection and support for both machinery and occupants.

Speaking of occupants, Torsus offers the Terrastorm in a variety of configurations that can include transport for up to 20 passengers. Seating can range from mild to wild, including full five-point harnesses offered for serious off-roading with a large group of people. Other configurations offer swivel seats and tables in what appears to be a more comfortable cabin. Individual lighting, air conditioning vents, and speakers for passengers are offered, For folks wanting a camper, the Terrastorm's interior is designed to accept modular components.

To further showcase the Terrastorm's functionality, Torsus revealed cargo and ambulance versions of the off-roading van. It's unclear if Torsus will offer such upfits directly from its factory floor, but at least for the ambulance model, the company says it was built to EU regulations with proper electrical and oxygen supply systems inside. 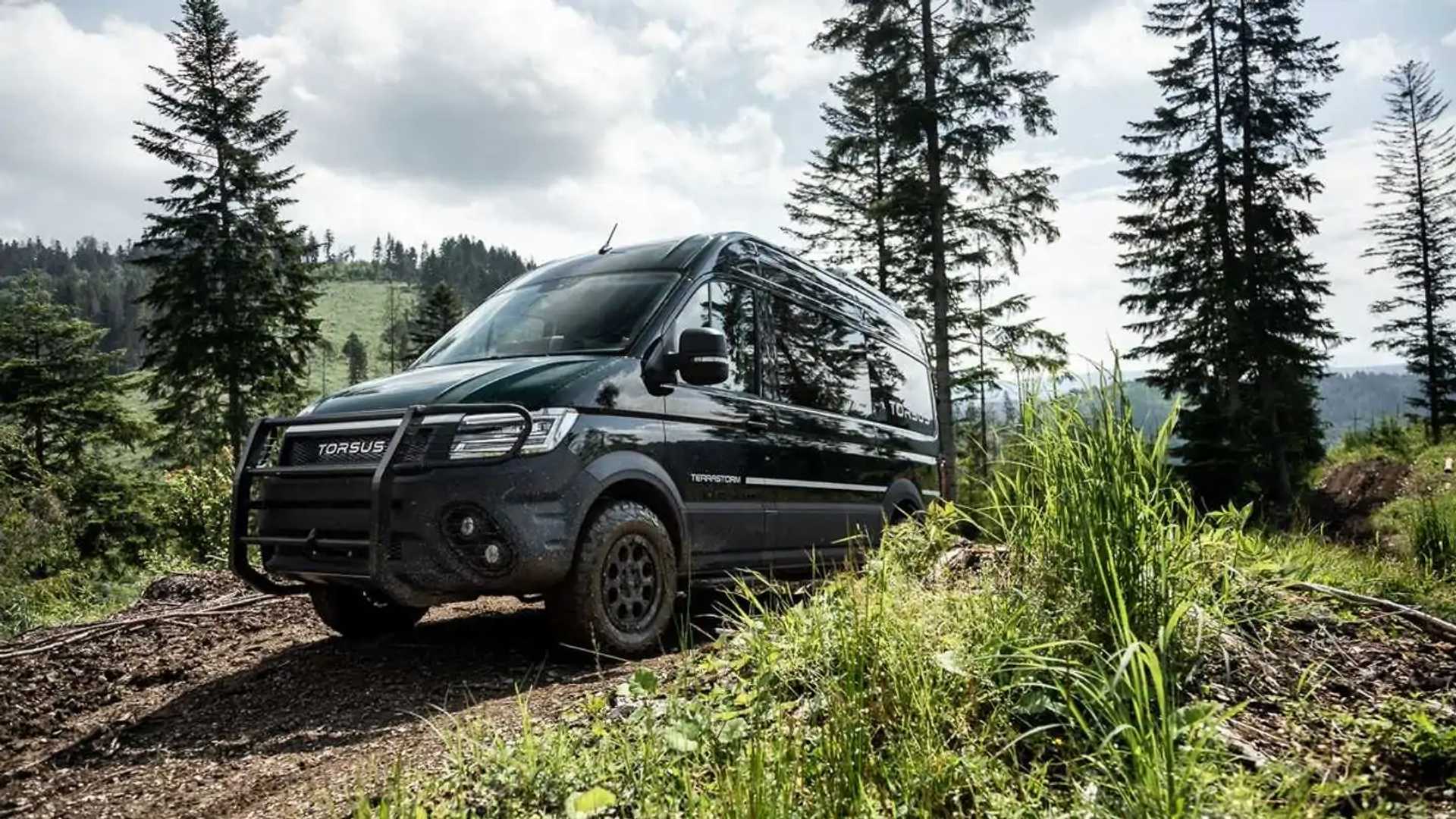 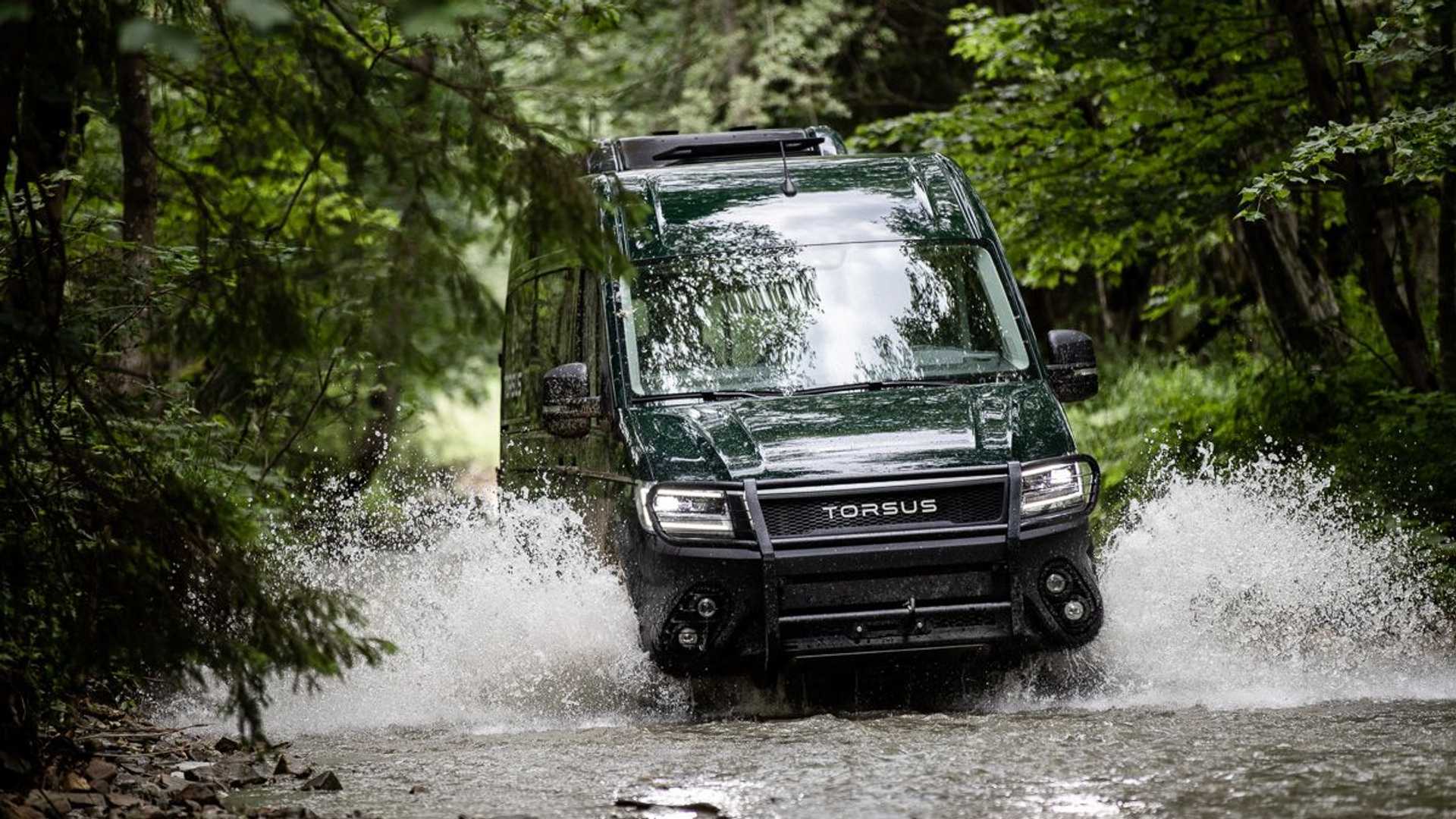 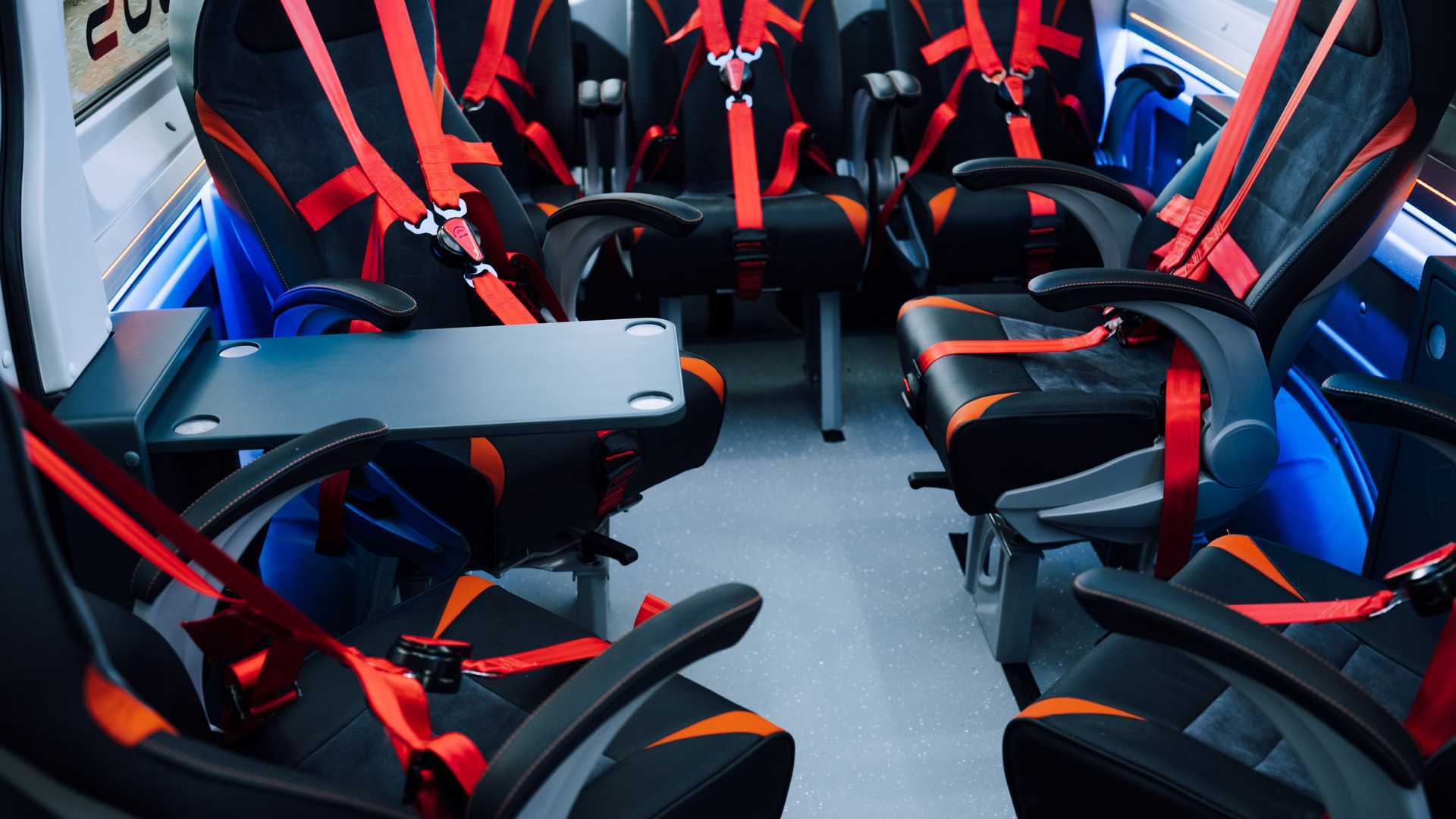