We love recreational vehicles, and we know you do as well. There's something neat about having a clever home-away-from-home that appeals to just about everyone. The folks at Land Ark apparently feel the same way, though we'll be the first to admit the company's flagship RV called Draper seems less like a home-away-from-home, and more like your actual house.

One could certainly argue that any RV is just a tiny house on wheels, but most don't offer a full-size kitchen complete with a big refrigerator, stove, and enough counter space to serve a football team.The Draper has that and more, wrapped in warm woods and neutral colors that make us want to go on permanent vacation. Just off the kitchen towards the front is a cozy dining area that also converts to its own private bedroom. The large kitchen/dining area also doubles as the living room, but as long as the weather is nice we suspect the fold-down deck off the front door would be preferable for entertainment. Very nice.

Naturally there's a bathroom, but it's not a cramped closet with a toilet and a water faucet installed as an afterthought. Land Ark finds space to have an actual restroom with a separate vanity, sink, and a full-size walk-in shower. We've stayed in hotel rooms with smaller facilities, but one of the coolest features for us is the full-size washing machine nestled neatly into a closet across from the bathroom. And when all the chores are done for the evening, simply ascend the ladder to the loft where a massive bed awaits you. It does appear Land Ark thought of everything on this build.

We mentioned above that this looks more like a house than an actual RV, and we're not wrong. Land Ark also says as much on its website, however the Draper is, in fact, a towable RV as opposed to a tiny house. It's built to the same size and specifications as RV trailers, requiring no special permits to tow. That means it fits into RV parks, where we suspect its black sides and fold-down deck would be the center of attention amidst a sea of tan travel trailers.

Of course, such mobile living doesn't come without a price. According to Land Ark's website, the Draper costs $144,900 and takes 3-4 months to build. That's quite a price jump from your typical 40-foot travel trailer, which you can probably pick up in a couple days from a nearby dealer. But with this basically being a custom-built tiny house with RV credentials, it's not nearly as expensive as we'd expect.

And oh yeah, it's freaking awesome. 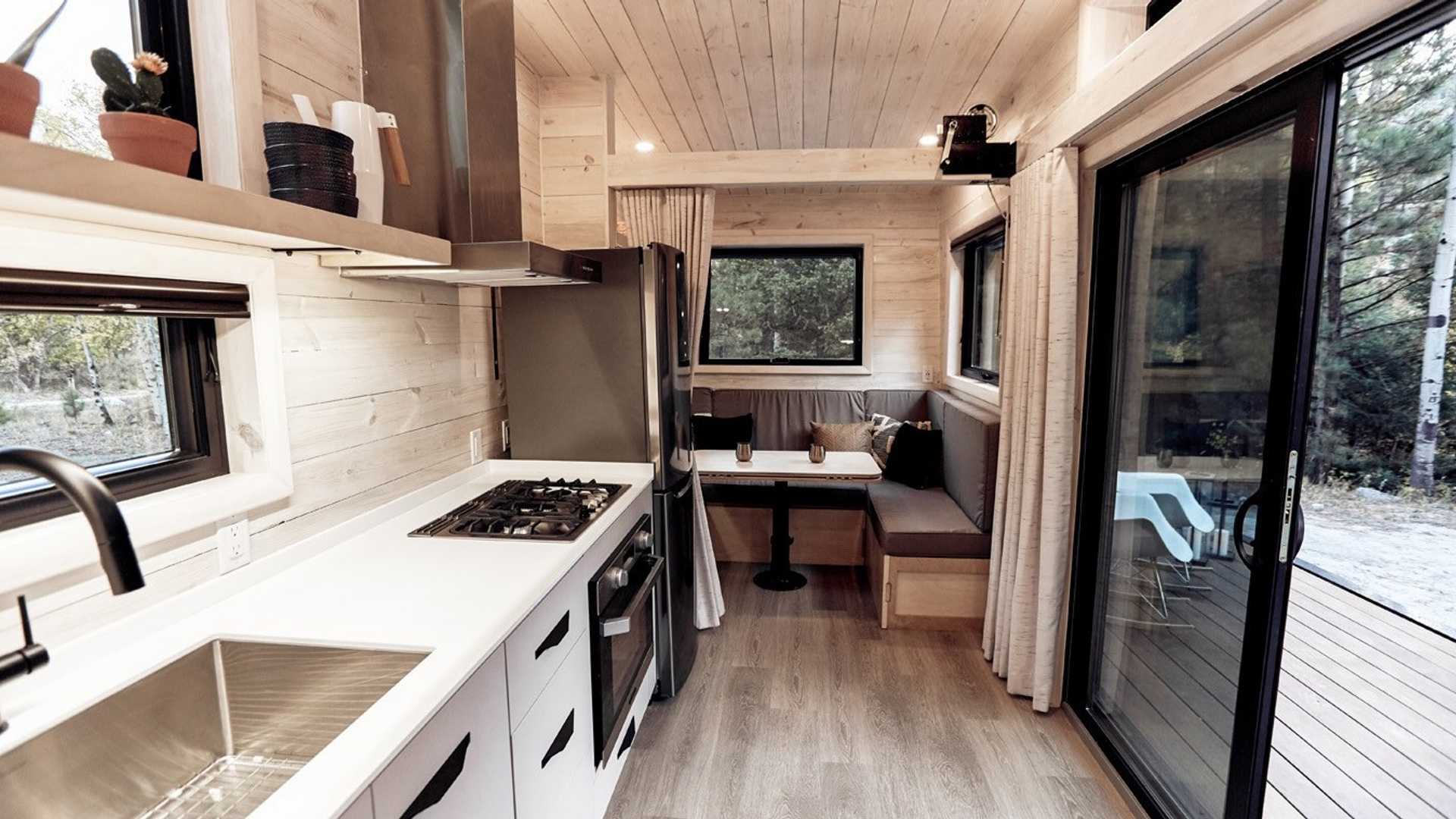