Aston Martin fleet week: Next vessel to sail is a luxury submarine

It announced Thursday a partnership with a Florida-based developer of submersibles to develop a strictly limited-edition, deep-diving submarine code-named Project Neptune.

The luxury brand is apparently making quite a splash at the Monaco Boat Show this week, having just revealed the AM37, a 37-foot, six-passenger, two-crew-member speedboat replete with natural teak sliding decks and custom-outfitted interior that will cost $1.6 million.

For Project Neptune, the British marque is joining forces with Triton Submarines, which makes luxury submarines for superyacht-owning hobbyists as well as more robust models for scientists and filmmakers that are capable of exploring the deepest parts of the ocean. Plans call for marrying Triton's Low Profile three-person platform with the automotive brand's design and engineering language, under the direction of its Chief Creative Officer, Marek Reichman. Aston Martin Consulting will oversee the project.

No details yet, but Triton's existing 1650 Low Profile three-person sub, its lightest model, weighs 8,800 pounds and can dive to 1,650 feet. A 30 kWh battery powers four 5-horse thrusters, and it can stay submerged for up to 12 hours. The most dramatic part of Triton's design is its incredible bubble shape — a spherical, transparent pressure hull. Some of Triton's more rigorous designs can reach depths of 7,500 feet.

A Triton sub reportedly starts at a cool $3.3 million, and it's certainly nice, with stitched leather seats. But that, of course is a crude version compared with Aston Martin's panache and uber-exclusive materials. 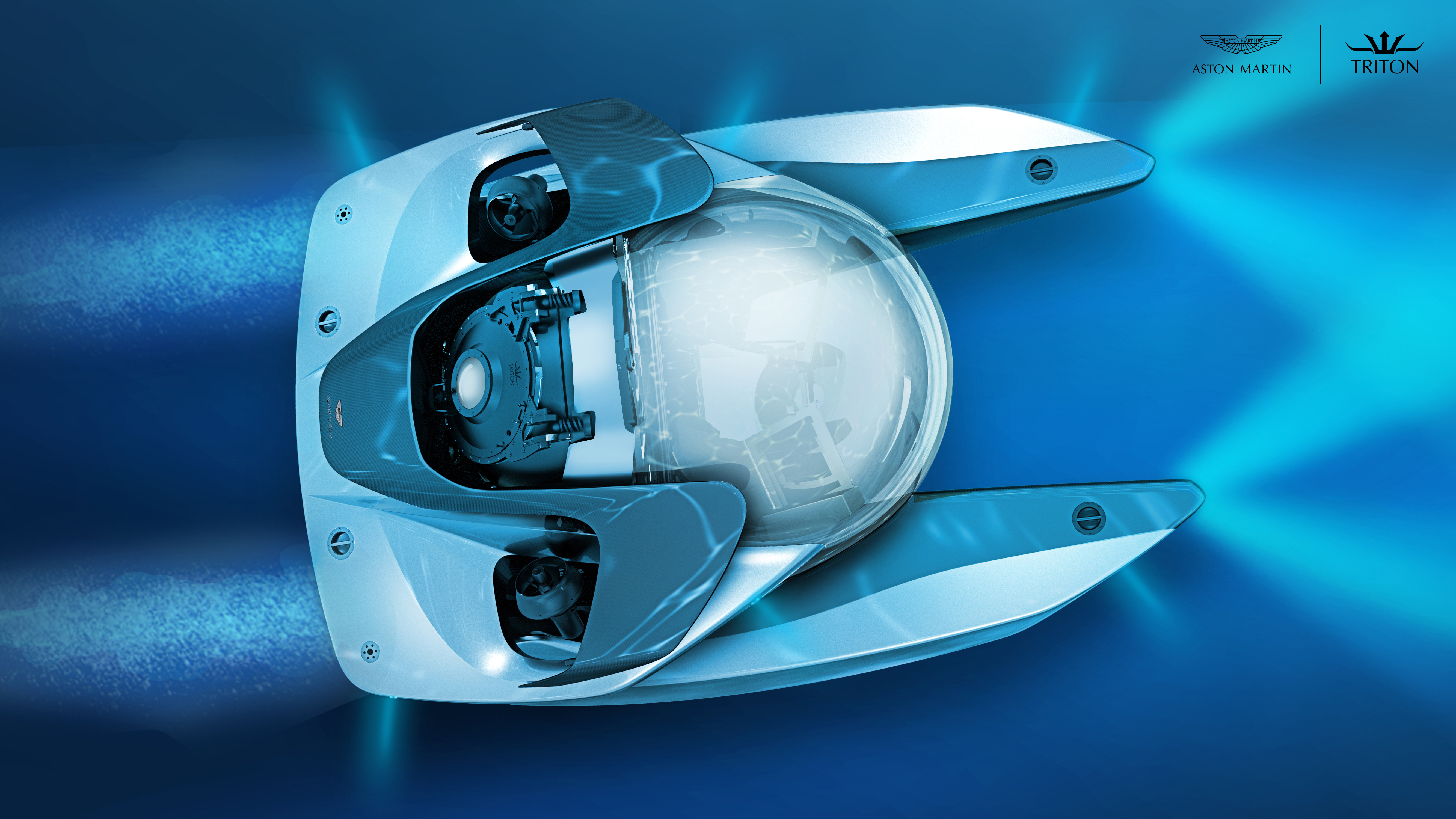