Bulgarian firm turns the Caterham Seven into an electric car

Caterham offers the delicious Seven in several different flavors, but battery-powered isn't one of them. Bulgaria-based start-up Kinetik took the conversion into its own hands, and gave the roadster a unique design that shares no styling cues with the Lotus model it traces its roots to.

There aren't many components stamped with a Caterham parts number in the Kinetik 07, according to the Bulgarian edition of Top Gear, with 91% of it new and specific to the car. One of the most obviously Kinetik-specific parts is the body, which comes out of the largest 3D printer in the Balkan region. Using this technology significantly reduces the amount of time and money needed to manufacture parts for this low-volume convertible.

Kinetik pointed out nearly every part of the car is customizable, so enthusiasts can order one built like a track toy, or commission a more comfortable, better-equipped version they can drive across Europe. Those with deep enough pockets can even work directly with Kinetik to design a one-of-a-kind body.

The digital, driver-configurable instrument cluster provides key information about the car, like its speed, and what the driving aids are doing at any given moment. Motorists can upload a map of the track they're driving on, or turn on a coaching mode that helps them maximize range.

The final specifications will consequently vary from car to car, but the basic drivetrain is tuned to deliver about 650 horsepower and 590 pound-feet of torque. Hitting 60 mph from a stop takes 2.7 seconds, a figure that easily makes the 07 one of the quickest cars in the world -- theoretically, at least. We haven't seen it in action yet, and the example presented during a press event held in Bulgaria was billed as a prototype. Kinetik hasn't revealed the type of battery it uses, how far the 07 can drive -- and, significantly, race -- on a single charge, or how much it weighs. 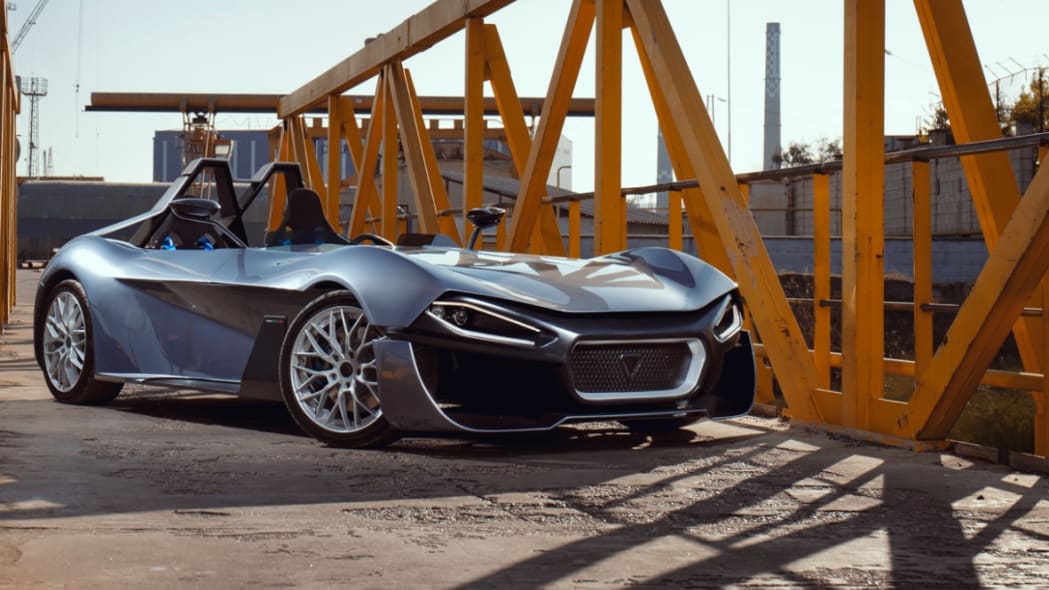