bikecustom bikeDucatiDucati Monstermotorcycletuning
There’s a very good reason why Taiwan’s Rough Crafts became so popular in today’s two-wheeler realm. With masterpieces like the Indigo Flyer, these guys are bound to attract a great deal of attention.

It really is a shame that Ducati chose to discontinue the SportClassic lineup after just five years of production. Despite being one of Pierre Terblanche’s better efforts, the machine was unfortunate enough to make its debut on the market before the nostalgia for vintage styling did in riders’ minds. Whether that was a consequence of poor business strategies or bad luck is up for debate, but we can probably all agree on one thing.

The departure of Bologna’s SportClassic from the assembly line left a void in many of our hearts, and the Italian manufacturer isn’t exactly doing much about that. Not a single model in their lineup is even remotely similar to the lamented Duc, so motorcycle customization workshops took it all upon themselves and crafted their own masterful reinterpretations.

One such entity hails from a revered Taiwan-based enterprise, namely Winston Yeh’s Rough Crafts. Before it rolled into their garage, the bike in question was a regular 2016 MY Monster 1200 S, featuring Ohlins suspension, Brembo brakes and a whopping 145 untamed stallions on tap. In sharp contrast to the SportClassic, the glorious Monster is, without a doubt, the company’s most successful nameplate to this date.

Thus, it's not hard to see why the team was delighted when their client commissioned a 1200 S as the starting point for this venture. To kick things off, they’ve deleted the creature’s factory outfit in its entirety, making room for an assortment of handmade aluminum garments that look just about as rad as it gets. The new front fairing was mounted directly to the angular fuel tank with surgical precision, giving the impression of a single monocoque structure.

It wears the repurposed windshield of a BMW R nineT Racer, along with a state-of-the-art LED headlight that’ll keep the road ahead well-lit. At the rear end, a fresh subframe was fitted in preparation for a slim tail section and the sexiest leather saddle we’ve seen as of late. As a whole, Rough Crafts’ alloy attire is, quite simply, a work of art – the motorcycle equivalent of Leonardo da Vinci’s Mona Lisa, we dare say.

The Monster’s Ohlins forks are now held in place by an aftermarket top clamp, while the standard Y-spoked wheels have been replaced with Wukawa Industry alternatives, flexing a diameter of 17 inches on both ends. Their rims are embraced by a pair of high-performance Phantom Sportscomp tires from Pirelli’s inventory. Additional stopping power on the front hoop is accomplished thanks to high-grade calipers developed by Beringer.

In terms of powertrain upgrades, the list contains a higher-spec slipper clutch, unique stainless-steel mufflers and a premium rear sprocket to top things off. RC’s overhaul in just as intense in the cockpit, where you’ll find clip-on handlebars wearing bar-end blinkers and stealthy grips from Motogadget, as well as Beringer levers.

At the back, the clip-ons are complemented by rear-mounted foot pegs, in typical cafe racer fashion. Moreover, the experts over at CNC Racing are responsible for applying the tasty carbon fiber trimmings you can spot on the bike’s rear fender and radiator. With all the aforementioned goodies installed, it was time to pick an appropriate color scheme for the almighty Duc.

Rough Crafts went with a pale blue base, while the pinstripes are made of silver Texalium – a material you’ve most likely never heard of until now (that’s okay, neither did we). Finally, the custom SportClassic-inspired Monster has been nicknamed “Indigo Flyer,” and you may feel free to admire it in the YouTube video below. Be sure to have some tissues at hand before you press the “Play” button, as this gorgeous piece of machinery will certainly have you drooling! 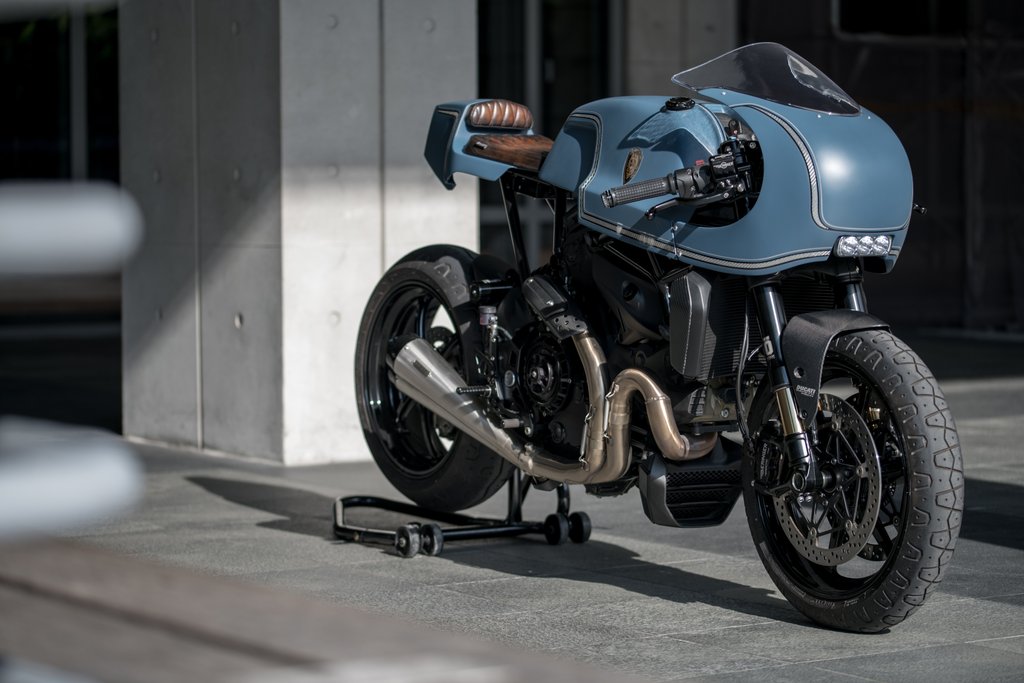 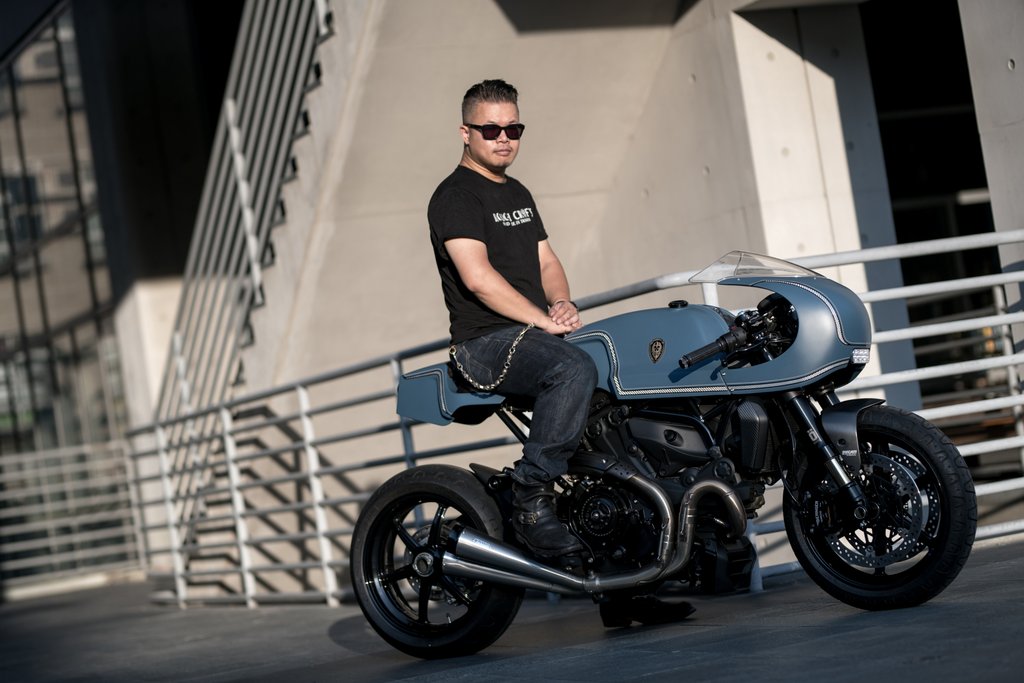