3D printingboatboatsfiberglassMambotechnology
For a glimpse into the future, keep an eye out for the 2020 edition of Genoa Boat show that takes place between October 1 and 6. It is where MAMBO will be making its world debut.

MAMBO is a very catchy name that is an acronym for a less-catchy phrase: the Motor Additive Manufacturing BOat. It is also the world’s first 3D printed fiberglass boat and quite a stunner, too, here to showcase the potential of 3D printing in terms of naval design.

First unveiled at Formnext 2019, MAMBO was built over a period of two months, bringing together experts from fields like automation, composite materials and nautical industry. It was built through a patented technology called Continuous Fiber Manufacturing (CFM) that uses robots following a generative algorithm set to deposit continuous fibers with thermosetting resin. The hull is shaped as an inverted triangle and weighs as little as 800 kg (1,764 pounds).

MAMBO measures 6.5 meters (21.3 feet) by 2.5 meters (8.2 feet), and has an 115 hp engine, white leather seating and cork flooring. It’s painted azure blue, which, in conjunction with the unique shape of the hall, makes it stand out even more. When it makes its debut at Genoa, it’ll have all eyes on it for more than just one reason, is what we’re saying.

“We participated in the Genoa boat show in 2017, and it was during this event that we came up with the idea of making MAMBO,” Gabriele Natale, CEO and Co-founder of Moi Composites, says in a statement to 3D Printing Industry.

“We saw the project take shape first, then brought it to life, and finally MAMBO arrived today at the sea. We have a 3D printed boat, enhancing the concept of customization with a one-of-a-kind design created and tailored from the owner’s mind, to give everyone the opportunity to understand and experience the sea in their own way,” Natale adds. 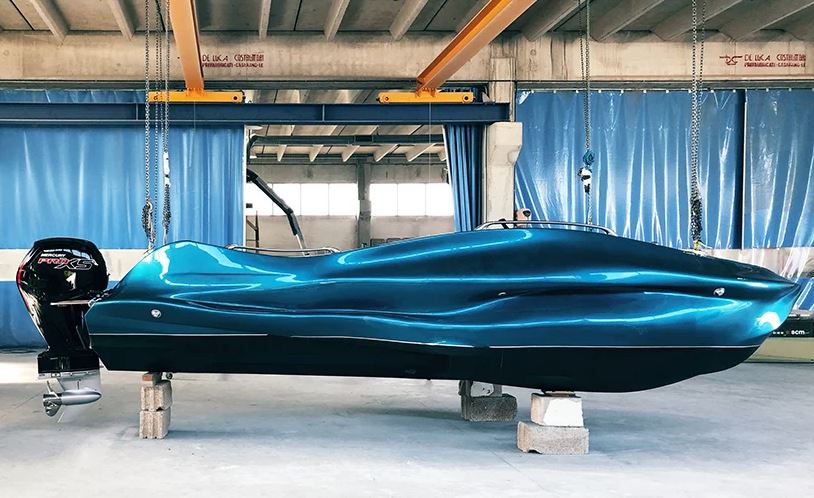 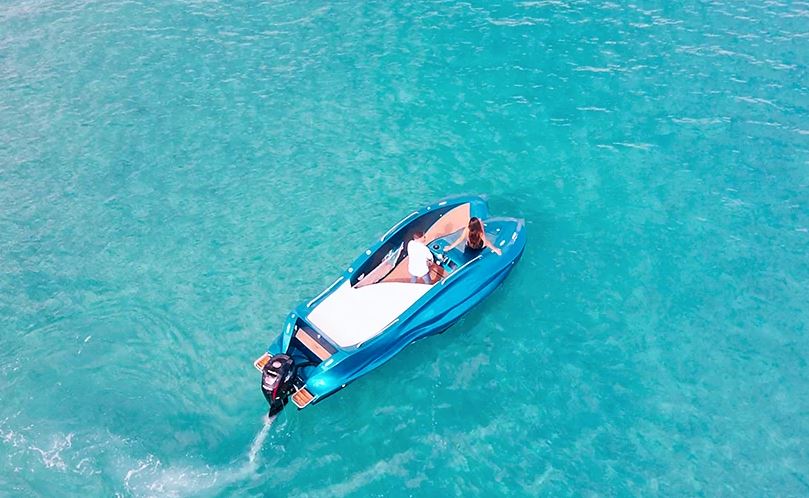