This Mercedes Unimog Camper Is The Ultimate Go-Anywhere RV

Unimog. For those in North America and particularly the United States, that name is likely unfamiliar. It's not some kind of strange drink or a prototype robot, though some Unimog variants can adopt a decidedly post-apocalyptic sci-fi look. That's because this medium-duty go-anywhere off-roader from Mercedes-Benz  is extremely versatile and we do mean extreme. You've seen them in military garb, or equipped with grapple loaders, and yes, they've hustled along as support vehicles in the Dakar Rally.

This time, we're seeing a more recreational side of the Unimog and it comes from Australia. Starting with the base Unimog U 430 chassis, EarthCruiser Australia upfits a motorhome body that gives intrepid campers all the comforts of home. It's officially called the EarthCruiser Explorer XPR440, and as you'd expect with any RV there are beds for sleeping, a fridge and stove for meals, a full-function restroom with a small shower, and even a washing machine to keep your clothes clean while exploring the back of beyond.

What you wouldn’t expect from a typical RV, however, is the Unimog’s insane off-road prowess. Aside from the extreme ground clearance, the full-time AWD system has low-range and diff-lock capabilities for accessing areas well-and-truly off the beaten path. In fact, the vehicle has up to 140 on-board functions – one of which includes a hydraulic four-point lift system to remove wheels if necessary – and it’s all touchscreen-controlled inside the vehicle. It can carry 211 gallons (800 liters) of fuel, which is enough to give this uber RV a ridiculous range of over 2,100 miles (3,500 kilometers). There’s also room for 227 gallons (860 liters) of water, and with options like winches and chainsaws available, occupants in the EarthCruiser Explorer XPR440 can get seriously lost if they so desire.

How much does such an adventurous machine cost? We don't know exactly; each is pretty much a custom-build machine so you can imagine it doesn't come cheap. Should we fancy a lengthy vacation exploring the awesomeness of Australia, however, we can't imagine a better machine for the trip. 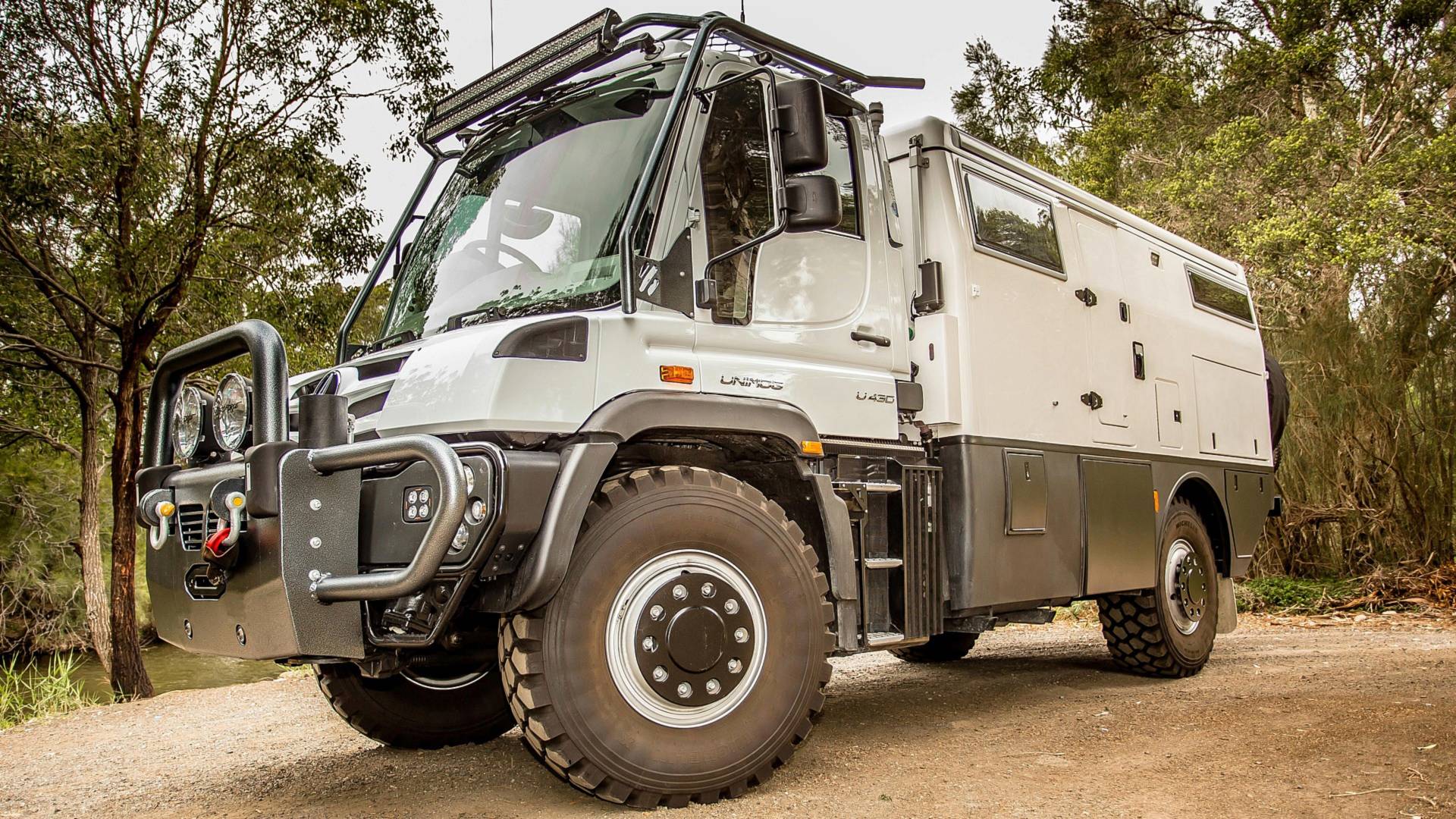 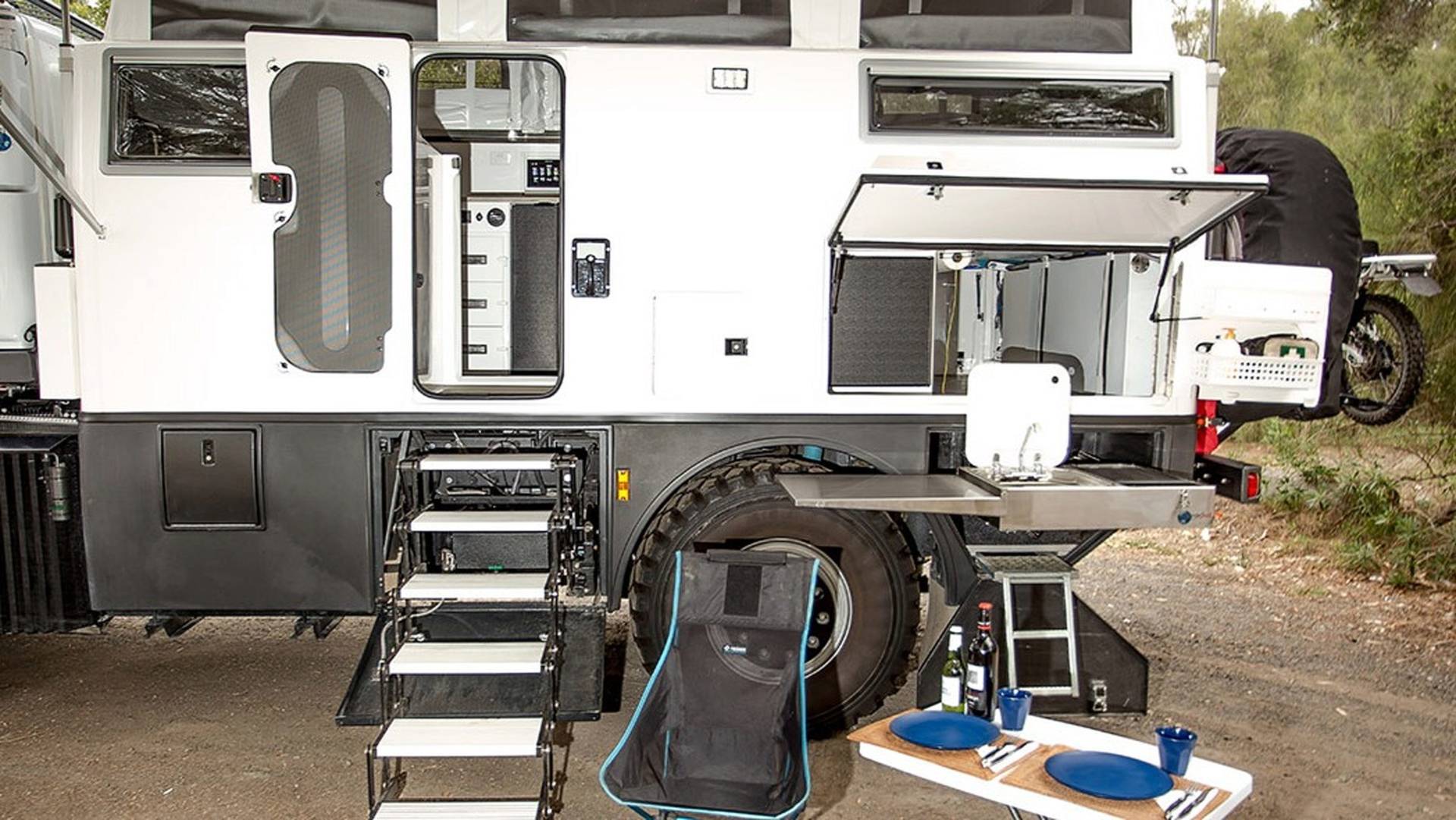 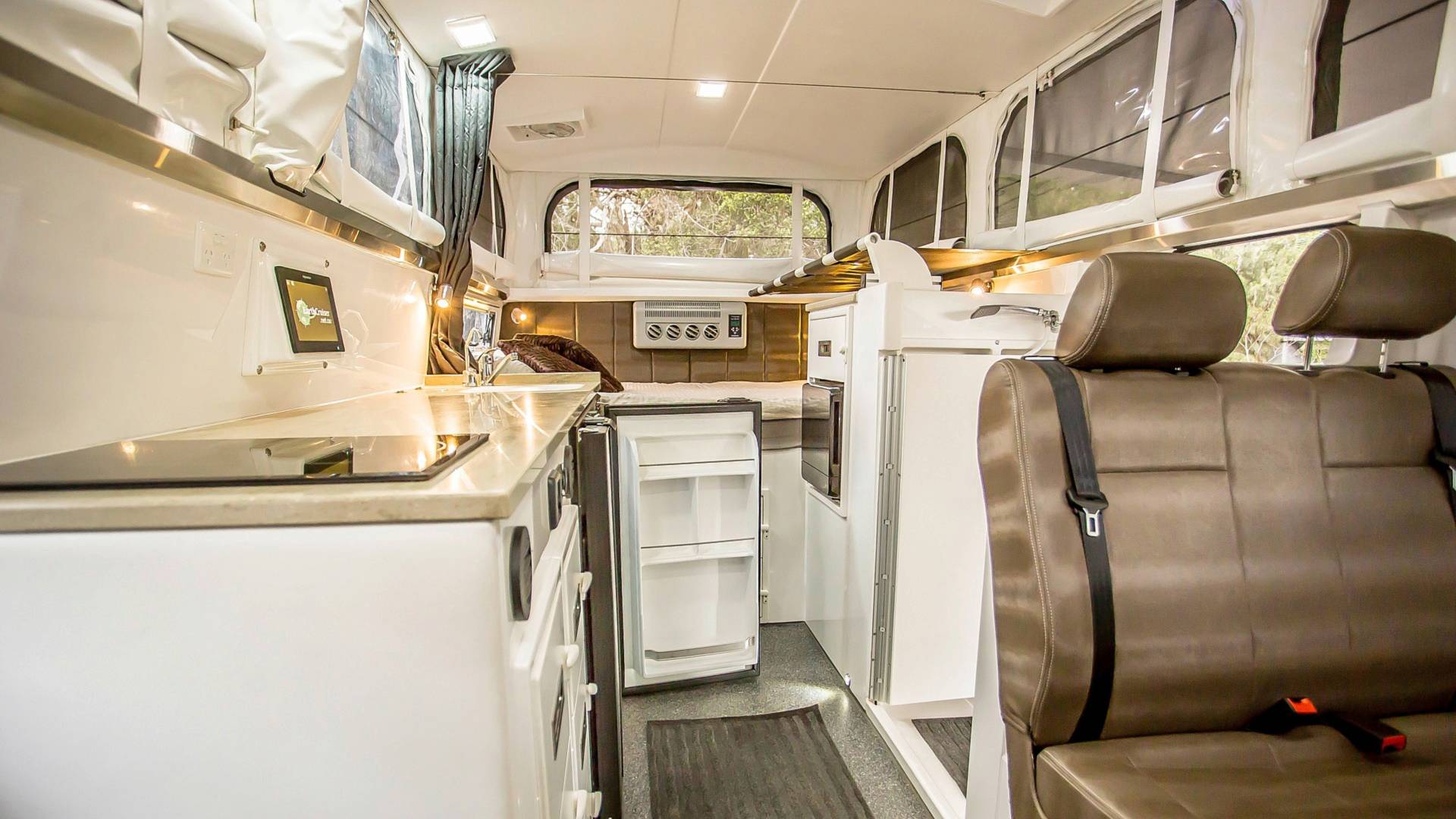