More Smoky Teasers Of The BMW M3 And M4 Have Surfaced

bmwBMW m3BMW M4
There's still a lot to love despite the grille, right?

With September 23 just around the corner, BMW has released another set of smoky teasers aimed at revealing some of the key features of the upcoming BMW M3 and M4. While the G20 3 Series was a good car in its own right, for enthusiasts, much of the focus has been on the rather fantastic M340i model and was essentially the closest thing to an M3 at the time. Heck, it's only been relatively recently when BMW finally said that an M3 and M4 were coming, including an awesome touring (station wagon) version.

It certainly didn't help that the rather divisive kidney grille to center stage during the leaks and rumors. But, as with all BMW M cars, we can expect some awesome performance, regardless of that grille. Right away, we have a very good shot of the new BMW kidney grille despite all of that smoke, and since it's an M car, we can expect a blacked-out treatment with subtle badging. The new M3 and M4 are expected to come in new colors, and this Isle of Man Green looks pretty amazing and will definitely turn heads. Next up, we get a glimpse of the gear lever in all of its six-speed manual glory; a refreshing and welcome sight with all of the automatic transmission options going around.

We also get a glimpse at the new seats in the BMW M4, donning the illuminated M4 logo and reworked shoulder bolsters and contrast piping. Fixed headrests and seatbelt pass-throughs are a highlight here. We like them, and we're pretty sure that they'll have all the adjustments needed to get the best seating position for all that manual shifting goodness.

Lastly, we see a shot of the rear of the M3, with a neat trunk lip and reworked rear diffuser, and an actual quad exhaust pipes. 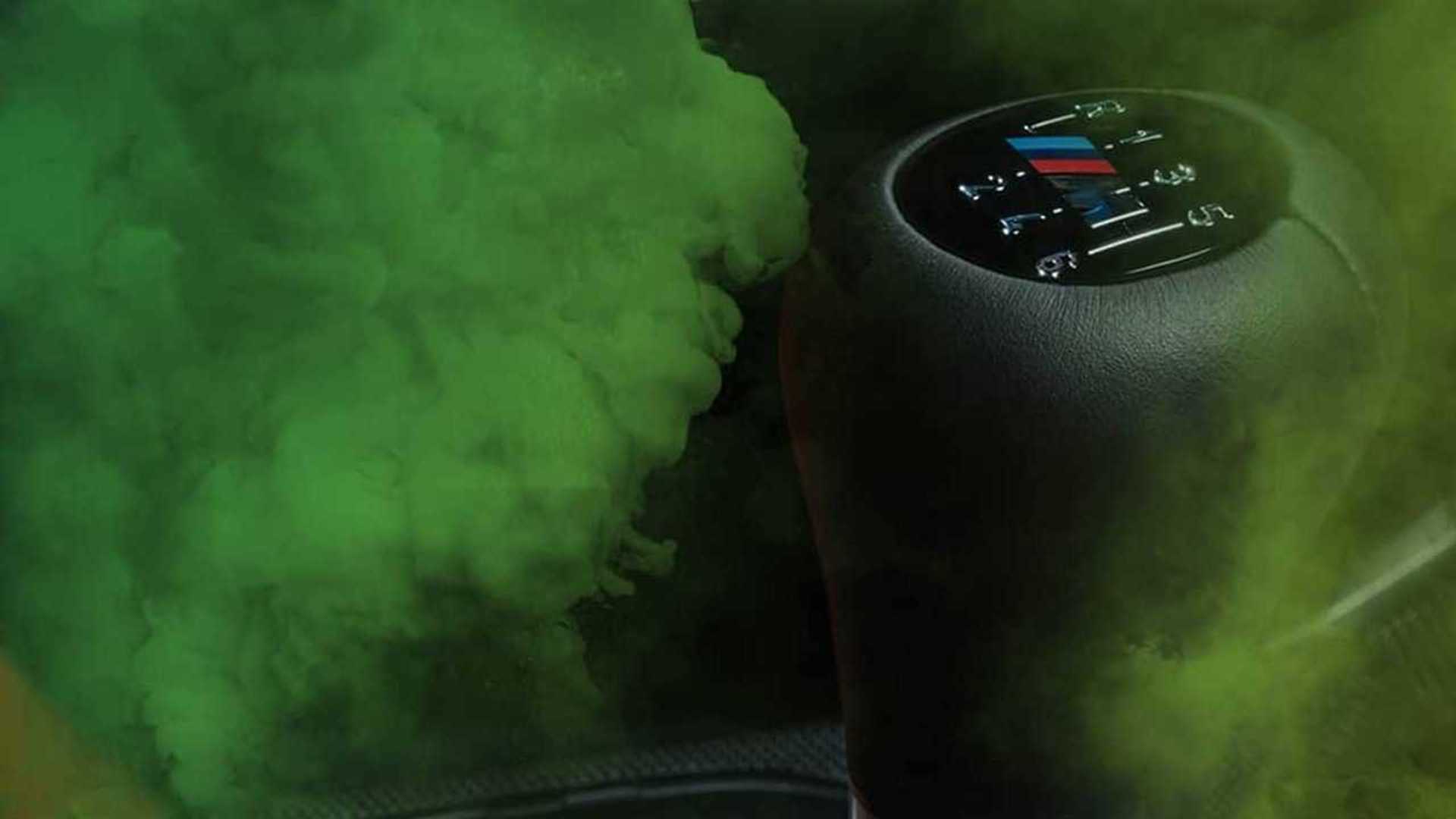 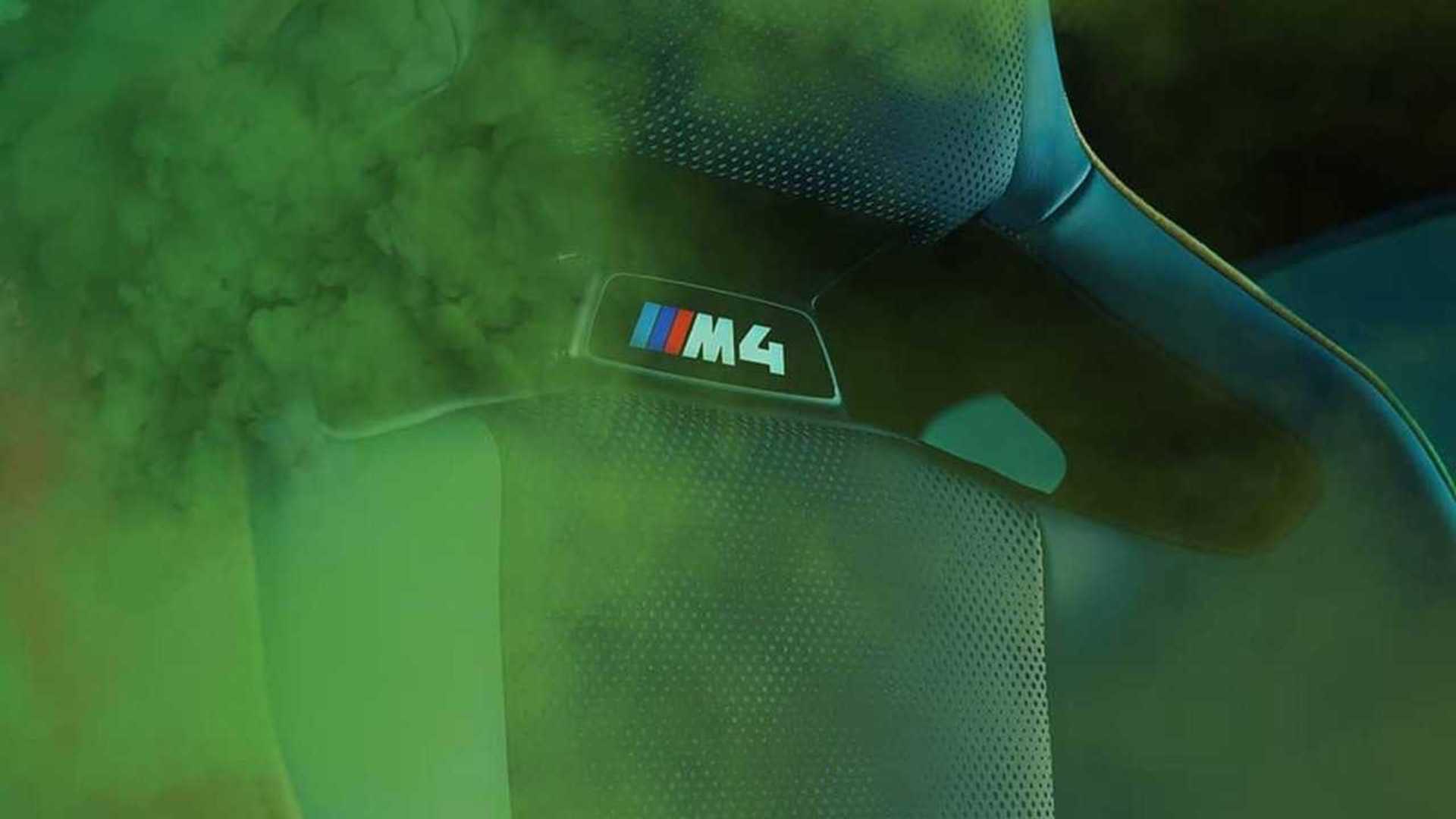 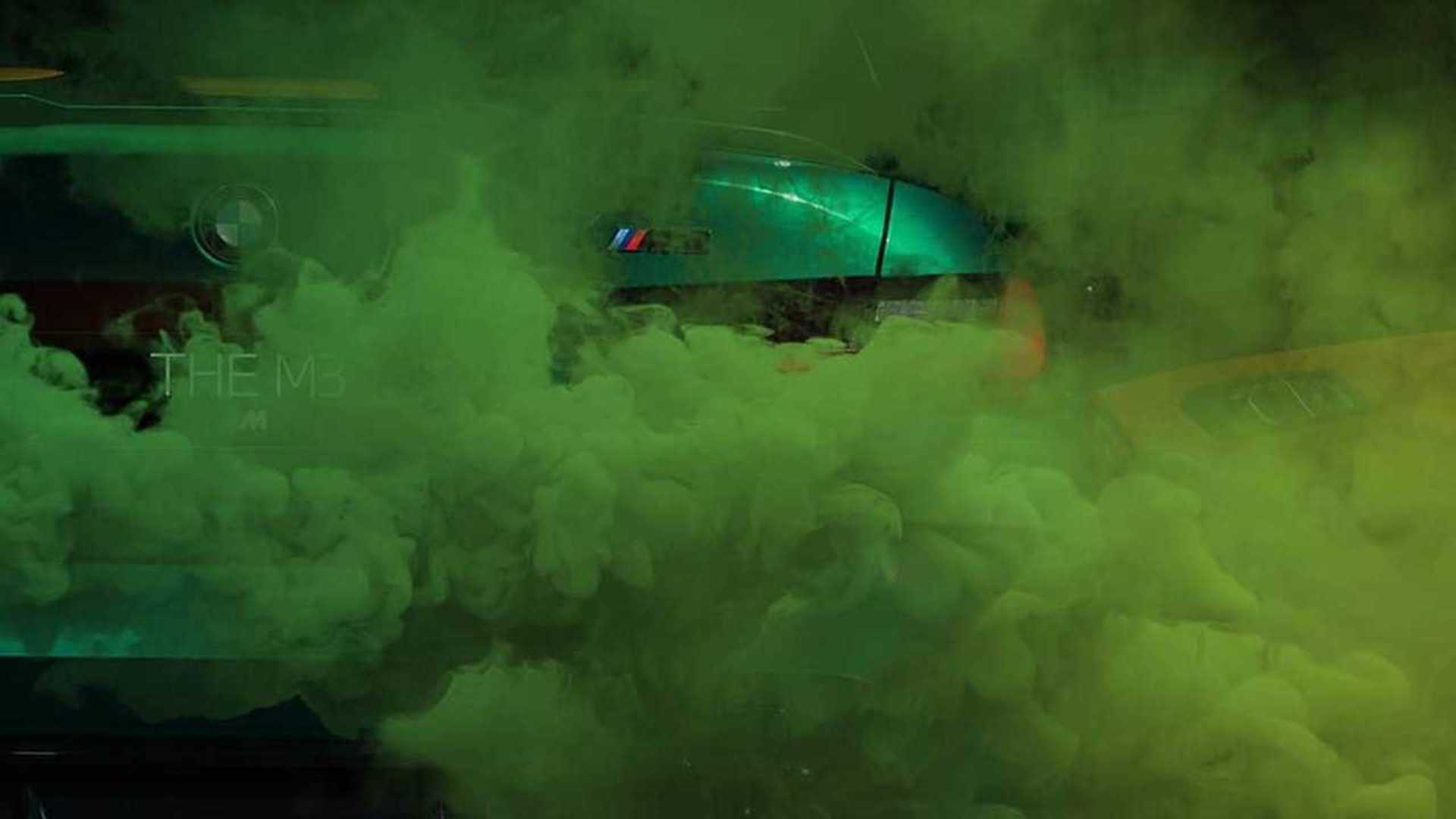