Those who hate screens should look away.

BMW is currently in development of the next-generation 5 Series. As early as July of this year, we've seen prototypes being caught by spy photographers, but this is the first time that its interior has been snapped up close. This is also the next 5 Series in all-electric guise, believed to be called the BMW i5.

The first thing you'll notice is the pair of screens crowning the dashboard. The screens for the digital instrument cluster and the infotainment system are connected to each other under one curved glass, similar to what is currently employed in its closest rival, the Mercedes E-Class.

As for the chunky D-shaped steering wheel, a closer look at the images shows what seems to be soft-touch buttons in place of physical ones seen in the current model. Whether this is something you'd want to have in a 5er remains to be seen, but we'll reserve judgment for now.

Another thing to point out is the gear shifter that shrunk to a mere switch in the spied test vehicle. This is similar to what you'll see in the BMW iX, so we couldn't say we're surprised by this development.

On the outside, the spotted prototype is showing signs that BMW is keeping it safe with its top-selling model. The vertical kidneys are absent here, though we expect some changes in terms of shape and size. The headlights appear to be narrower than before as well, thankfully veering away from the two-tier styling of the bigger upcoming 7 Series and i7 sedans.

The next-generation BMW 5 Series is expected to make its debut during the second half of next year as a 2024 model year. Now riding on BMW's CLAR platform, it will arrive in three flavors, namely ICE, PHEV, and full EV. An even hotter BMW i5 M is also underway, rumored to carry three electric motors that produce a total output of 750 hp. 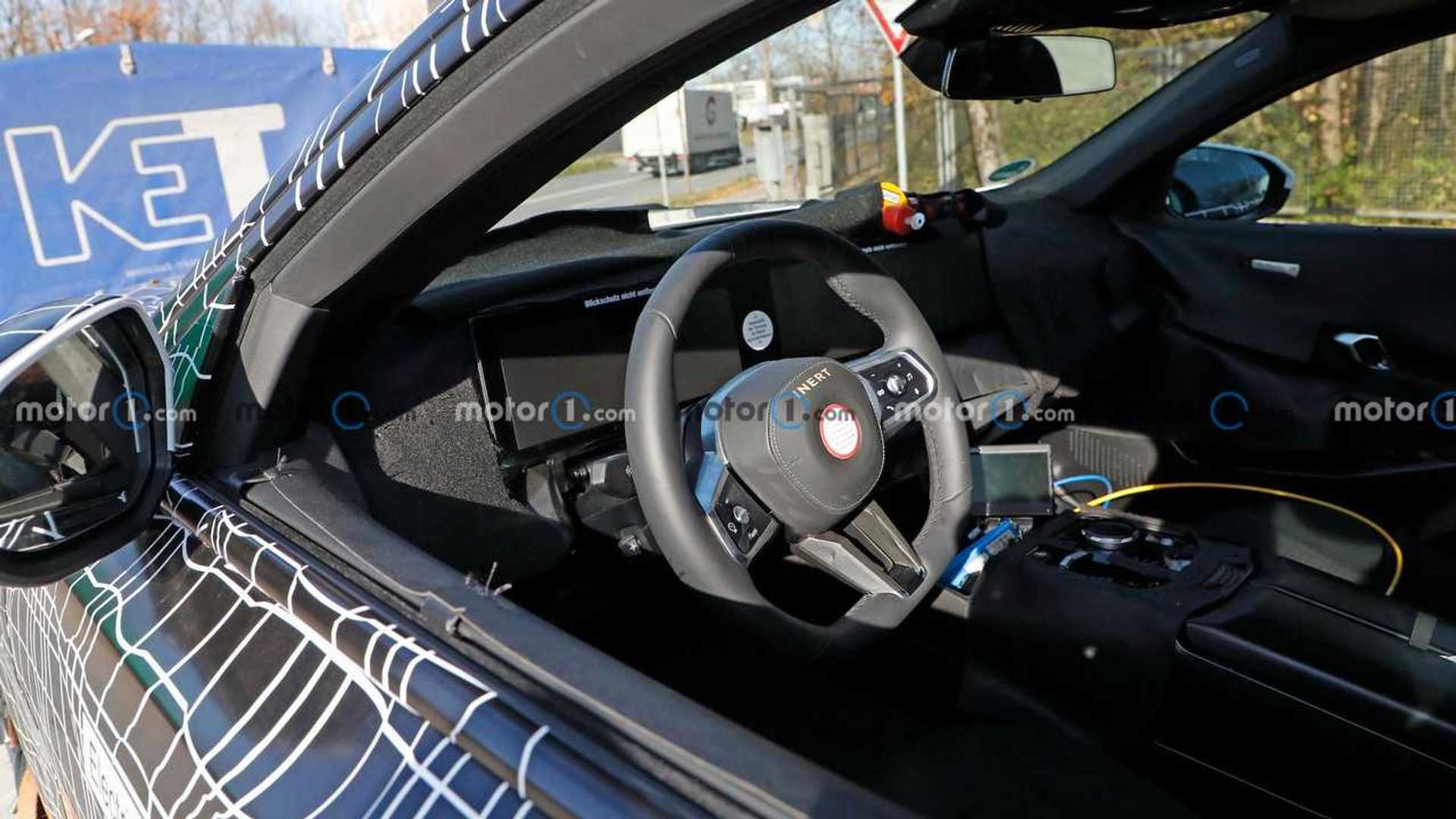