porschePorsche 911
The engine could receive a big change, too.

The current-generation Porsche 911 debuted back in 2019, and Porsche updated the entire model range over the following years. But few things remain static in the auto industry, and Porsche is readying the 911’s mid-cycle refresh. A new batch of spy shots from our photographers captures the coupe cold-weather testing in Sweden, getting an early glimpse at the redesigned 911 Carrera.

This facelift means we’ll see Porsche give the model new front and rear fascias, both of which are covered in camouflage in the photos. At the front end, we also see a new bumper design that’s been spotted on other 911 prototypes. It has vertical slats in the air intakes for active aerodynamics, while camouflage conceals the new daytime running lights and turn signals.

The rear bumper is also modified compared to the one on the outgoing model. Camouflage covers the engine cover air outlets, while more camouflage hides the refreshed styling, especially the lower portions. The rear also shows off the car’s exhaust tips, which resemble those on the Cayman GT4 GTS 4.0 model, which could indicate what’s powering the new 911.

The exhaust in the Cayman connects to a naturally aspirated 4.0-liter flat-six motor, which makes at least 394 horsepower (289 kilowatts) depending on the model it’s powering. The new 911 Carrera could fall in the low 400-hp range when it arrives, but it’s too early in the car’s development cycle to know for sure. There are rumors from inside sources that confirm the return of a naturally aspirated engine, though the car could use a new engine derived from the 4.0-lite one that’s smaller in displacement. You can’t determine that from just photos.

Porsche hasn’t set a debut date for the refreshed 911, but we expect the car to break cover either later this year or in early next. We expect to see more spy shots and leaks in the coming months. 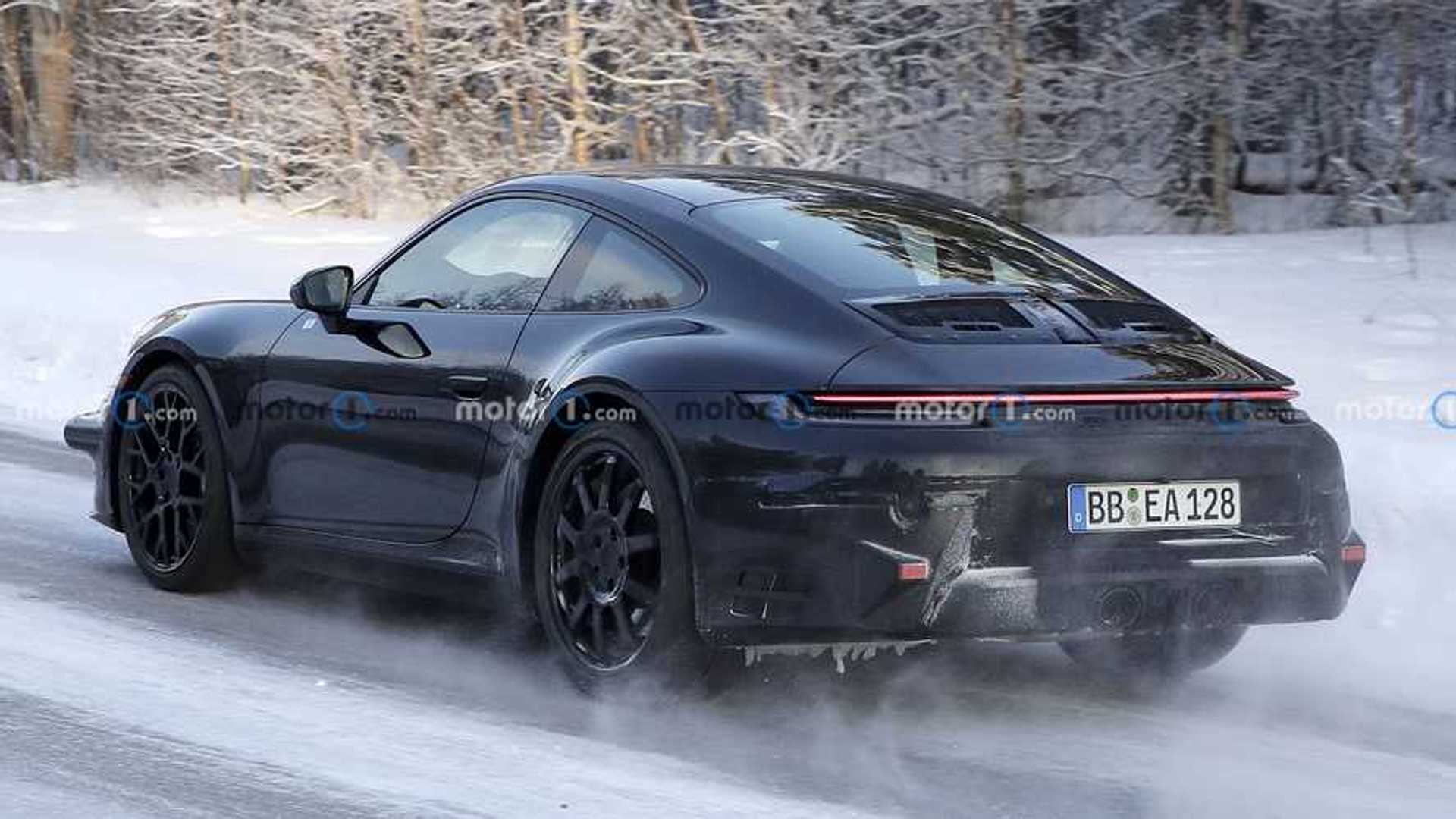