Rimac hasn’t revealed the production C_Two, nor has it announced the model’s name; however, that hasn’t slowed its development. Today, the Croatian company announced that it had completed the final bit of wind tunnel testing for the hypercar, using three different C_Two prototype generations to optimize the car’s aerodynamics. The company used thousands of CFD simulations to help make it slipperier through the air.

The thousands of tests and simulations helped the company improvise the C_Two’s aerodynamic efficiency by 34 percent since the reveal of the initial C_Two concept. The tests go much further than testing its slipperiness. Rimac also had to test the car’s cooling performance, using up to 180 million elements for detailed heat transfer models. However, the C_Two’s all-electric powertrain doesn’t require the same level of cooling as cars with internal combustion engines.

Rimac also had to test the car’s active aerodynamics, which includes four specific parts, which includes an active front splitter, underbody air flaps, and an adaptable air brake wing. Aerodynamics are key to the car’s performance, which is about more than raw power. The C_Two will be all-electric, with huge promises made about what it’ll offer. The company claims the car will be capable of reaching 258 miles per hour (412 kilometers per hour) while sprinting to 62 mph (100 kph) in an astounding 1.9 seconds.

The power will come from a quad-motor setup making 1,914 horsepower (1,427 kilowatts). Details about when the company will reveal the car and the name are still a secret, though Rimac CEO Mate Rimac has said that both will be coming soon. However, while the company has not fully sold out of the model’s producing run, the first year is allocated for. The company has a goal of the car’s sales being 12 months ahead of its production, and the company has no worries about selling the 150 cars it’s planning to produce. 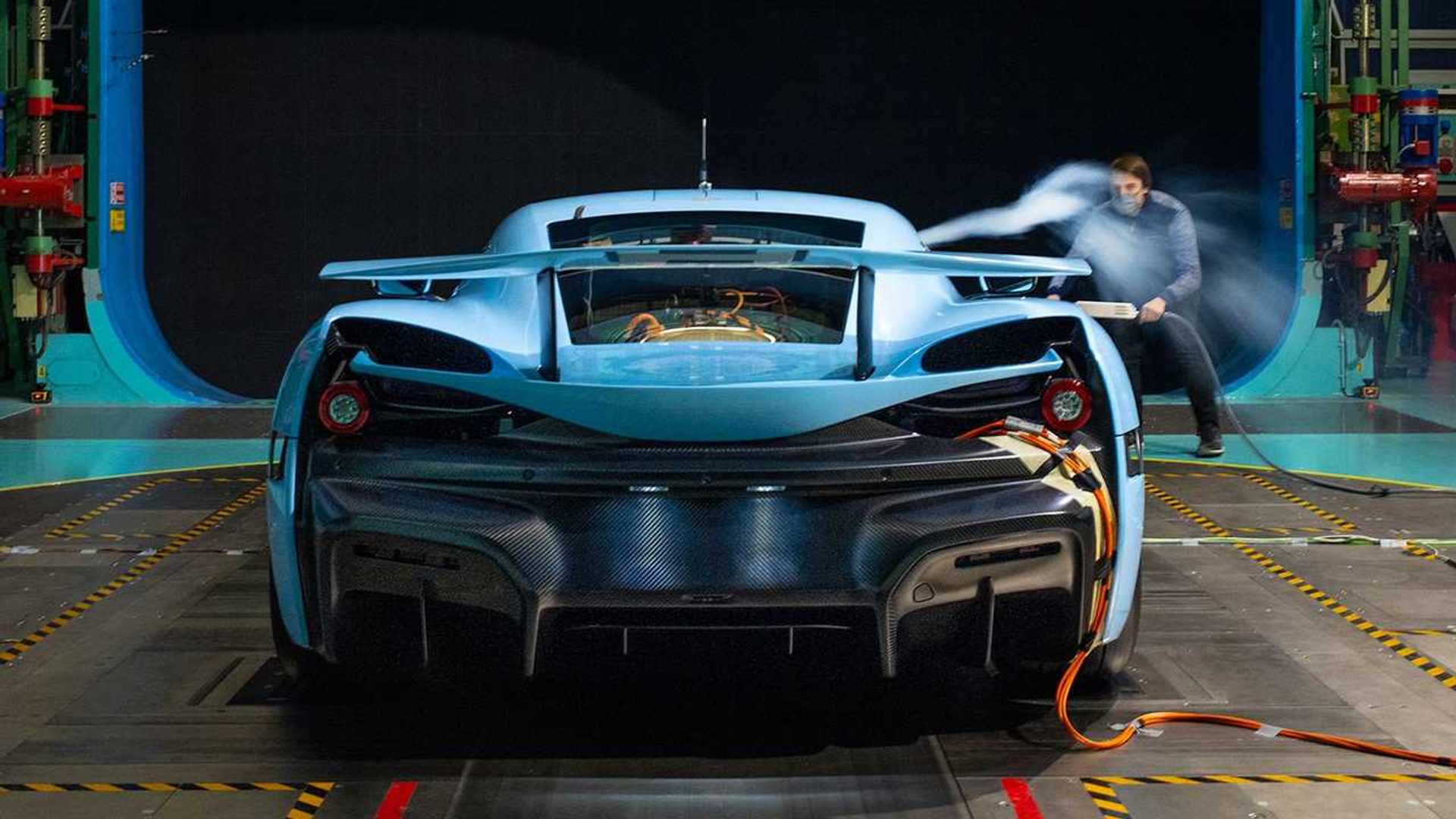