fordFord GT40
Buying a classic car isn't overly difficult if the vehicle in question is not rare and expensive. However, getting a vintage race car is a different story.

Because they're hard to find, collectors rarely let them go, and all-original examples cost millions of dollars.

That's because most vintage cars were built in very limited numbers and many of them were crashed, scrapped, or used as a base for other racing projects. And many of those that survived hard years of racing lost many of their original components, especially engines, gearboxes, and all sorts of internals that tended to break at the track.

The Ford GT40 is one of those cars. While not as rare as some 1950s racers that saw daylight in fewer than 10 units a piece, the Le Mans-winning legend is one of the rarest classics bearing the "Ford" logo today. The company made 105 of them from 1964 to 1969, but that number is much smaller now. On top of that, Ford built about a half-dozen iterations that are notably different in terms of aerodynamics and underpinnings.

But because it was so successful at beating Ferrari and won the 24 Hours of Le Mans four years in a row, the GT40 is also one of the most replicated race cars out there. What's more, Superformance is making a continuation series that was approved by Carroll Shelby himself. And needless to say, it looks runs like the real deal.

But the California-based shop, which also produces Shelby Cobra, Shelby Daytona, and Chevrolet Corvette Grand Sport replicas, is also taking it up a notch on certain cars. The 1966 GT40 you see here, for instance, packs a supercharged V8 engine. That's big because the original GT40 relied on naturally aspirated power only.

Unlike its original siblings, this GT40 recreation relies on a supercharged, 5.4-liter V8. And if that displacement sounds familiar to you, it's because the engine was sourced from a modern Shelby GT500. Specifically, the supercharged 5.4-liter Modular V8 was used by Shelby on a variety of models from 2006 to 2012.

Ethan of Superformance shares that the powerplant is rated at 540 horsepower, which means it was sourced from a 2008-2009 GT500KR. Launched alongside the regular GT500, it delivered an extra 40 horses. Torque was rated at 510 pound-feet (691 Nm).

But it's not just the supercharger that makes this Superformance GT40 special. It also comes with a few custom features that you won't see on other continuation race cars from the company, like the front splitter and the canards that adorn the sides of the front bumper. It also features a full belly underneath, which makes it a bit more aerodynamic that the other GT40s.

And while most replicas are being built with racing in mind, this GT40 is more of a street-ready machine. I'm not saying it couldn't do quick laps around Laguna Seca, it's just that it's not as rough as the other GT40s when driven on public roads. Oh, and it also benefits from a six-speed transaxle from a first-generation, one of the smoothest supercar gearboxes out there.

Its street-oriented nature also explains why the car doesn't have a livery or the traditional stripe running down the nose, roof, and hood. The Nurburgring Silver paint is as clean as they get, save for the black stripes on the side sills and that's exactly what makes it stand out among other continuation-series GT40s.

But even so, this thing is fast and aggressive when the pedal hits the floor and I bet it would still outrun many Ferraris on any race track. 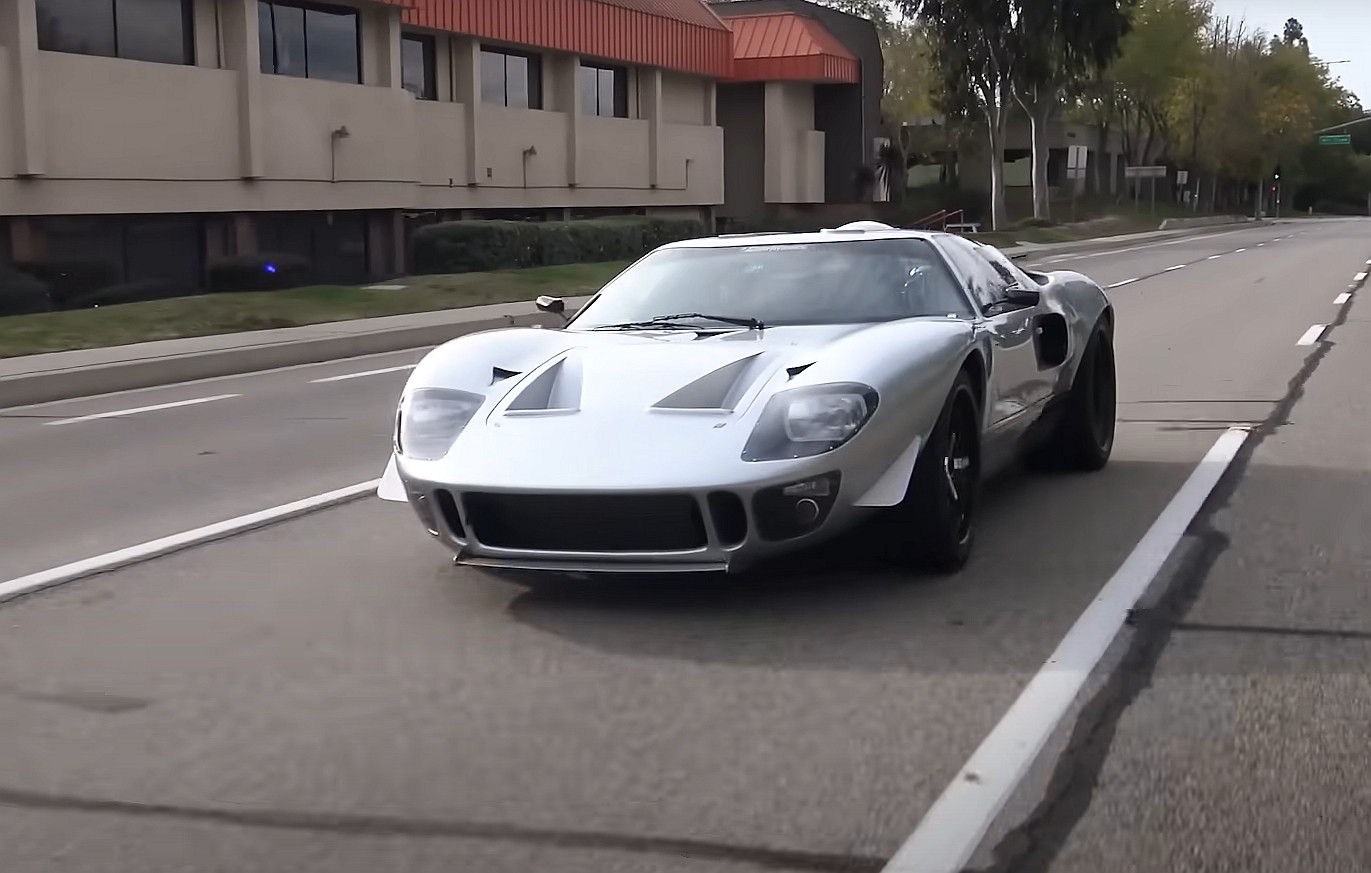 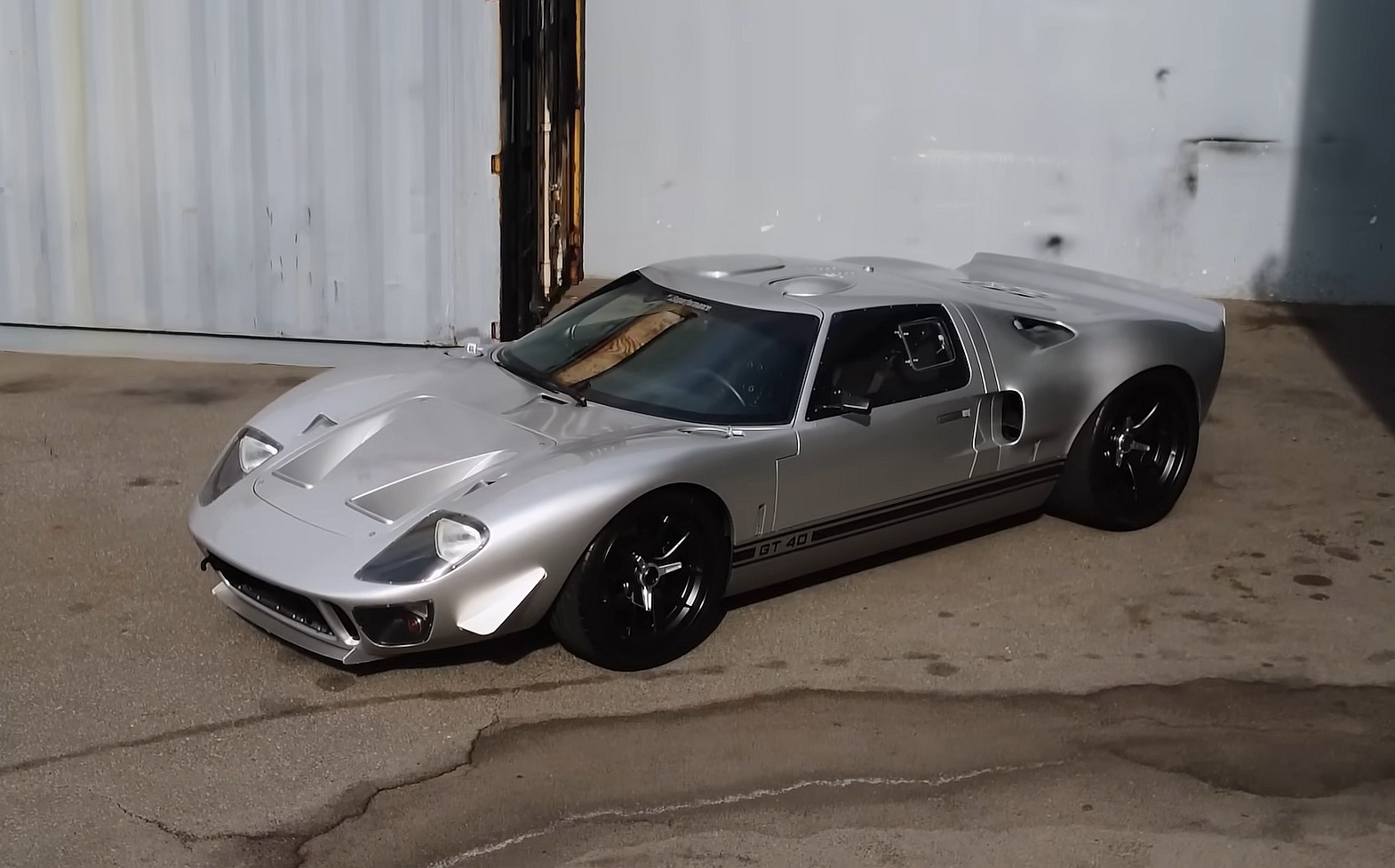