Porsche is developing an updated version of the 911 as the current generation approaches the mid-point of its planned life cycle.

Set to be designated the '992.2' generation, in line with traditional nomenclature for updated 911 models, the lightly overhauled Aston Martin Vantage rival has been spotted cold-weather testing in Turbo form, giving an early look at the planned changes.

Having launched only in 2019, the 992-generation 911 is the second-newest model line in Porsche's current portfolio, after the Taycan, which means most of its switchgear, interior technology and drivetrain hardware is up to date with its stable-mates. So, as is customary for the 911, this facelift will be an example of subtle evolution rather than any radical reinvention.

The design, for example, has been barely altered over the car currently on sale. The most visible change looks to be a reshaped front bumper that incorporates vertical active aero elements and does away with the Turbo's prominent wraparound light bar.

Also evident is a new radar set-up, which appears to comprise two sensors in the middle of the front splitter, rather than just one, while the rear light bar looks to have been split into segments.

The interior is also expected to be largely untouched, though a previously spotted prototype had had its gauge cluster covered, suggesting an upgrade is on the cards there – potentially ushering in the newer, all-digital set-up deployed on the Taycan EV.

It is unlikely that Porsche will seek to introduce any significant drivetrain modifications, though there is a chance that the long-mooted 911 hybrid could be added to the range when the 992 is facelifted, most likely in 2023.

An electrified 911 prototype was spotted at the Nürburgring last year, suggesting that work to hybridise its flat-six motor – as promised would be the case at launch – was well under way. 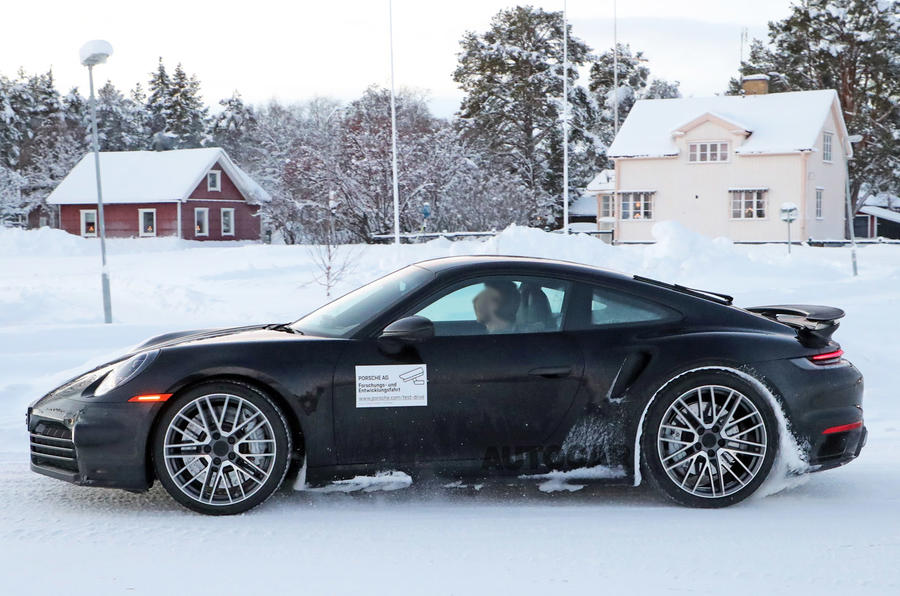 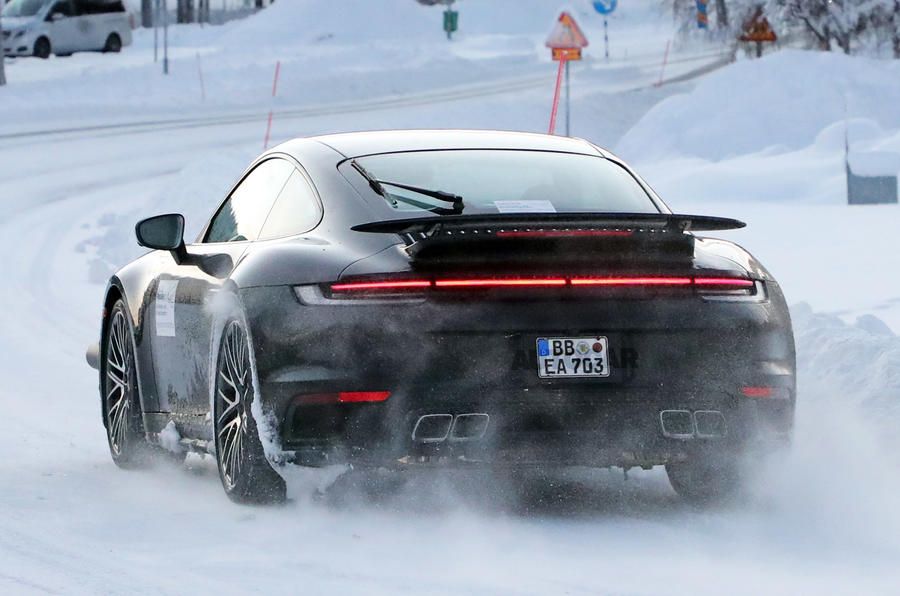