Volkswagen is coming to SEMA this year, and the German company is bringing the most American builds it can manage. Lifted SUVs can be found all over Las Vegas during the convention, and you'll be able to see a few of them at the Volkswagen booth, too. Three VW Atlas builds and a GLI make up the VW lineup in 2019, and while they're not as extreme as others, these rigs look pretty cool.

We'll get right into it with the Atlases: 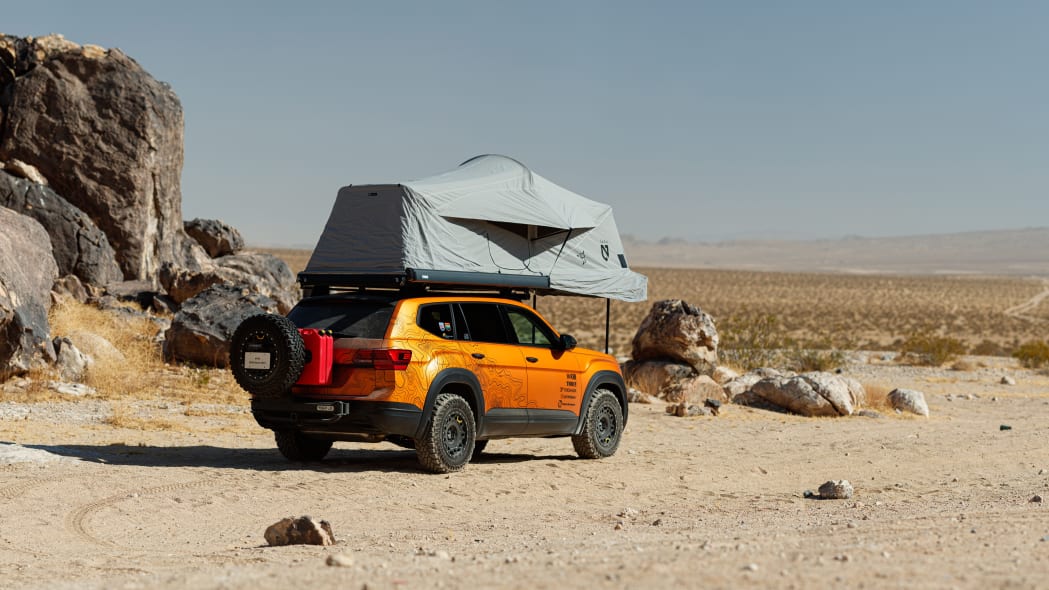 This orange Atlas is likely the coolest-looking build coming to SEMA from Volkswagen. It was put together by the Volkswagen Innovation and Engineering Center in California. Like many off-road SEMA builds this year, the Adventure Concept features a rooftop tent, this one made by Overland Equipment. Additionally, the Atlas has a Thule awning system, so you can hang out on the ground before scrambling up to the roof at night. It's lifted via an H&R coilover suspension system, but VW didn't say by how much. Yokohama off-road tires are used and special fender flares are added to allow enough room for the knobby rubber. For the filming enthusiasts, this build also integrates a DJI Mavic drone to capture the epic off-roading journey in style. 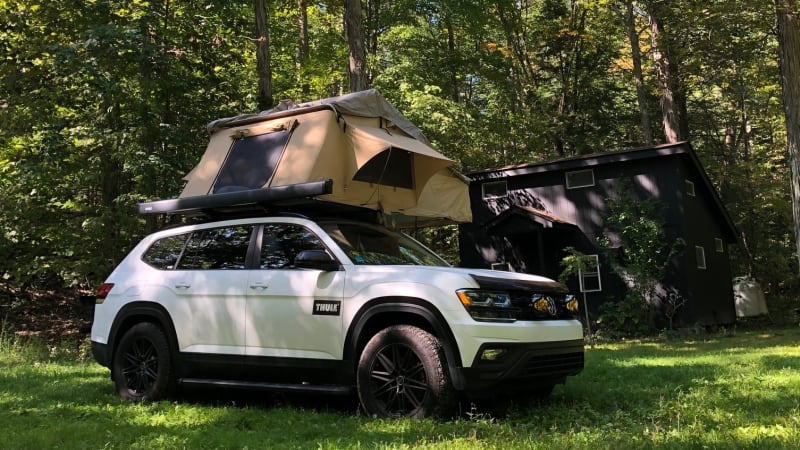 Thule had a large part in this build, with the aim being to support both metropolitan and outdoor lifestyles. It highlights accessories one can buy for their Atlas like a Thule roof rack, awning, trailer hitch bike rack, a rooftop tent and Baja lights. To make it a little better off-road, Volkswagen also installed H&R springs to raise the ride height. It's riding on 20-inch Vossen wheels and features a bunch of black accents all around the vehicle, as well. 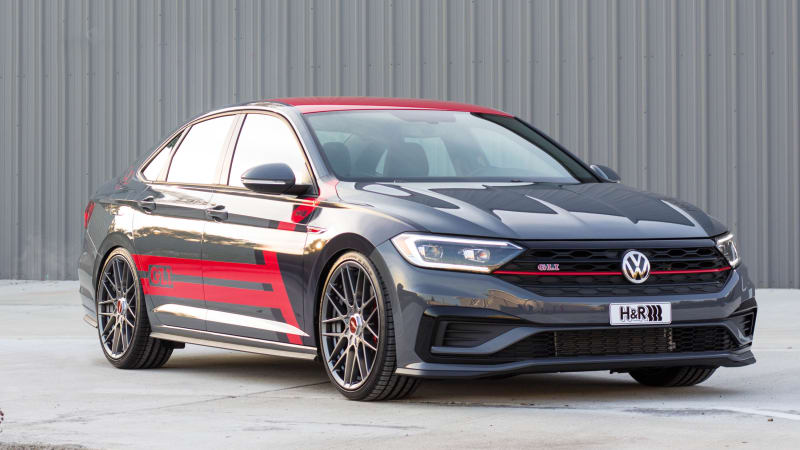 This build starts with a regular 2019 GLI, then H&R did a few things to it that an enthusiast craving better handling may do. It got H&R Street Performance coilovers, H&R Sport sway bars and 20-inch Rotiform wheels. VW also used H&R Trak+ wheel spacers to make the new wheels fit. It looks halfway decent with the reduction in wheel gap, and the exterior graphics in red were definitely the right color choice. 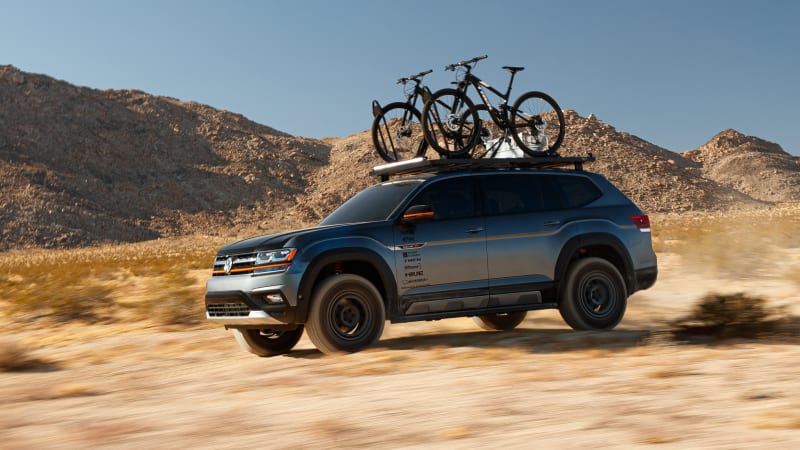 We saw this concept at the NY Auto Show, but VW is bringing it back for SEMA. Why not? It features a 1.5-inch lift from H&R and all-terrain tires. For the full low-down, check out our original post about the Atlas Basecamp Concept.