For the Modern Pirate: Caronte, a Superyacht That Can Carry Many of Your Toys

CONCEPT YACHTLazzarini DesignSUPERYACHTYacht
Modern-day (wannabe) pirates don’t have to forgo about the luxury creature comforts whenever they go to sea. All they need is a couple of hundred millions dollars and up to three years of construction time to get the superyacht that will make their wildest, most pirate-est dreams come true.

Enter Italian shipyard and naval architecture firm Lazzarini Design. Back in 2017, Lazzarini unveiled a concept superyacht that, today, remains as visually stunning and potentially revolutionary of the industry as it did then. Called Caronte Yacht, it draws inspiration from 17th century pirate ships, wrapping them up in all the luxury today's billionaire could ever want.

Caronte is a 58-meter (190-foot) vessel that, as of the time of writing, is still in concept stage. However, unlike the majority of concepts out there, this one is a short distance from becoming reality – and that distance is $200 million in the bank and whatever time it would take to build it. Lazzarini is still waiting for the visionary yacht owner for whom to build it.

The highest selling point of Caronte is that it's inspired by 17th century pirate ships, and this is obvious in the way its bulwarks tower above the waterline and the rest of the ship. The captain's cabin is situated in the main upper structure area, just like it was on the pirates ships on whose design it's loosely based. That structure would tower above the waterline at about 6 meters (20 feet), offering stunning views and an excellent vantage point for the captain.

By taking Caronte higher up, Lazzarini maximizes interior space considerably. The superyacht would be able to accommodate up to 12 guests and crew, and would offer a lot of storage space for some of the owner's most prized toys.

This includes a 2-car storage space in the aft garage, with the possibility of opening it up for viewing (after all, what use is a car garage on a superyacht if you can't show your rides off?) and a huge helipad on the upper deck. This, of course, in addition to the tender garage that would house all the necessary water toys.

Accommodation would include three bedrooms and six sub cabins underwater, which would compensate for whatever they lacked in space with impressive underwater views. A large sundeck with a lounge area and an outdoor spa-pool, a superyacht-worthy gym concealed in the forepeak, right under the captain's cabin, large dining area for ten guests, and a diving platform that opens directly into the sea complete the list of luxury amenities of Caronte.

Details on the type of propulsion Caronte would need, estimated range or efficiency were never made public, since the design was unveiled to test the waters and see whether a buyer was interested. Should that still-elusive buyer show up, those would probably be released to common folk.

As noted above, Lazzarini estimates a $200 million cost to build Caronte and two or three years to complete. Their motto is "Think about the future, never forget the past," and this superyacht concept is their way of showing how this can be done: bring the past into the modern era by putting a new spin on it, specifically, turn to 17th century naval design for inspiration for a luxury superyacht.

On a final note, the feasibility of such a ship is yet to be proven. Pirates did sail ships with similar designs, but they were on a much smaller scale. For one, the high bulwarks would add to the interior volume of Caronte but, at the same time, would render it difficult – if not downright impossible – to maneuver in rough waters.

Caronte is surely great to look at, but one gets a vague impression it could topple over unexpectedly. And no pirate wants to go down like this, even if the ship is able to carry two of his cars and a private helicopter. 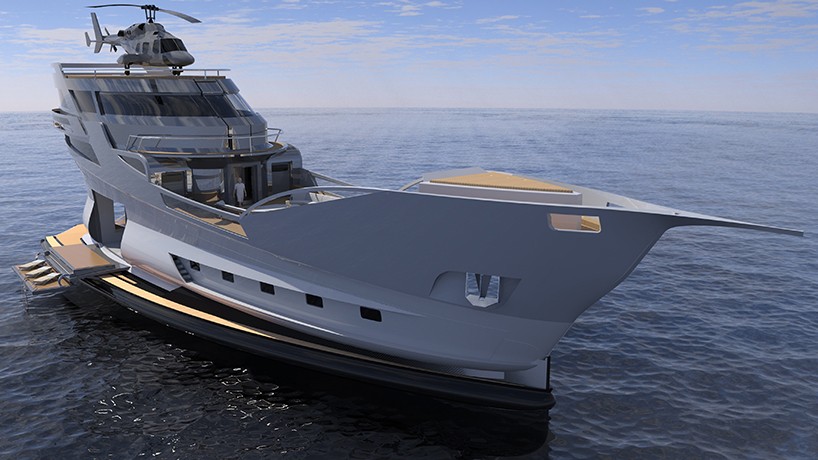 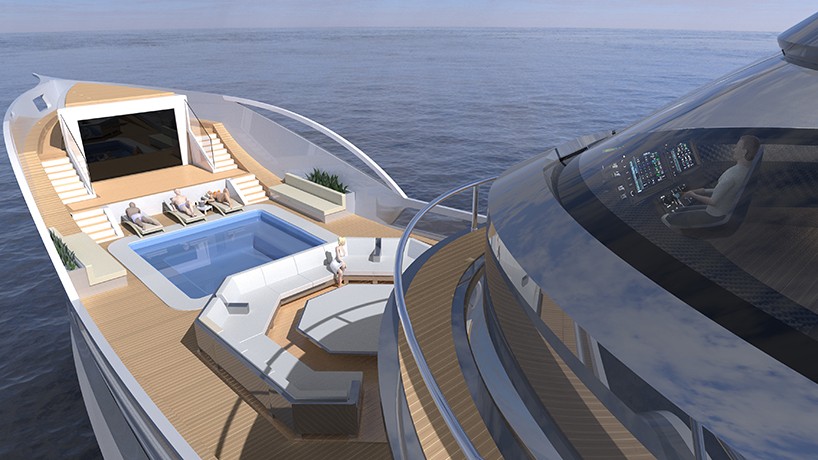 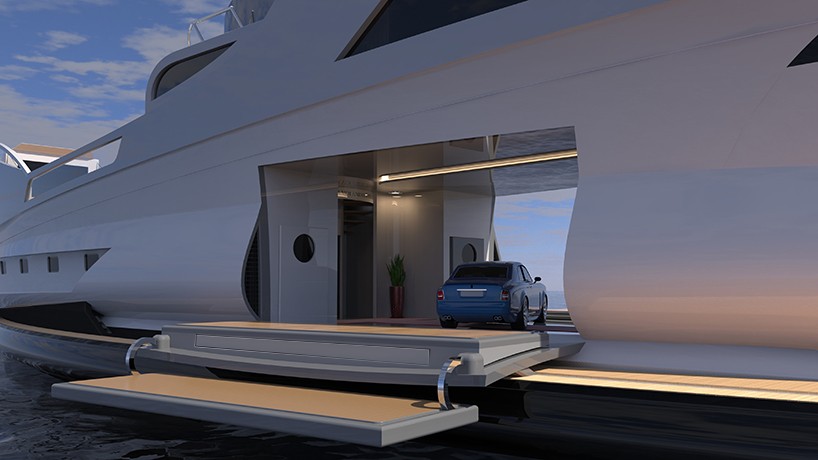 Related News
U.S. Authorities Eyeing Russian Banking Boss’ $65m Limited-Edition Luxury Toy9 June 2022
Your Ship Has Come In — And It's A Porsche21 September 2017
Of Course The Aston Martin Am37 Speedboat Is Fast And Beautiful28 September 2017
Lexus Ly 650 Luxury Yacht Is Its Fourth Flagship11 September 2018
Lexus Sails The Seas In Luxury With Its First-Ever Yacht23 September 2019