If you’re the Lamborghini lover who needs to race across Lake Como, you can now get your hands on this championship speedboat that features a pair of Lambo V12 engines.

Cantieri Uniti Viareggio built the 38-foot aluminum monohull boat. While it was originally fitted with two monstrous V8 powerplants, it now includes a pair of Lamborghini V12 engines, each of which makes 720 horsepower (537 kilowatts).

And this one has some serious race pedigree as well. Back in 1984, Alberto Petri used it to take the Union Internationale Motonautique European Championship. Petri was also intimately involved in the boat building and went on to race the speedboat as a privateer in 1985.

The Lamborghini V12s, at least the marine versions, can be amped up to a displacement of from 8.0 or even 9.0 liters. The boat is decked out with a paint scheme of an Italian flag on one side and a logo that commemorates the world championship title.

Ferruccio Lamborghini, the Italian industrialist, was interested in more than tractors. He extended his efforts to speedboats as well with such pieces of style as the Riva Aquarama, which was equipped with air pair of his own V12 engines.

In commissioning the Aquarama in 1968, Lamborghini requested that it include two of his own twelve-cylinder engines, so engineers and craftsmen at Riva used two 4.0-liter V12s taken from the Lamborghini Espada. While it seems those engines were a bit lacking in terms of their performance on the ocean, the V12s installed at the time were bored out to 5.5 liters of and made something like 650 horsepower.

The cockpit shows hints of aircraft-inspired design with the requisite plethora of gauges, switches, and buttons.

While Sotheby's fails to offer a suggested auction price for this piece of seagoing history, it is set to cross the block on November 19. The auctioneers say the sale will include a trailer for transport and Cantieri Uniti Viareggio 25th anniversary literature. 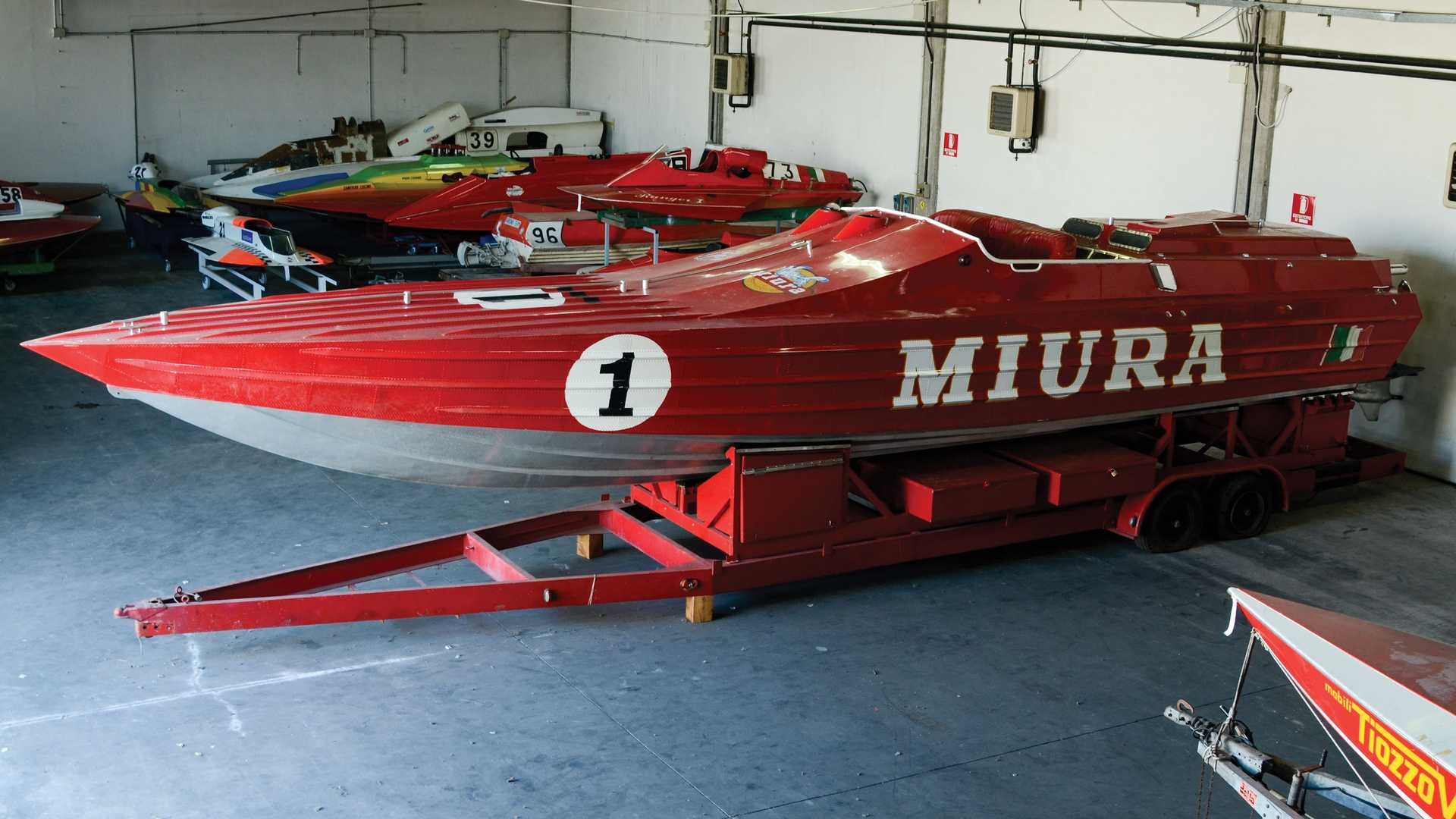 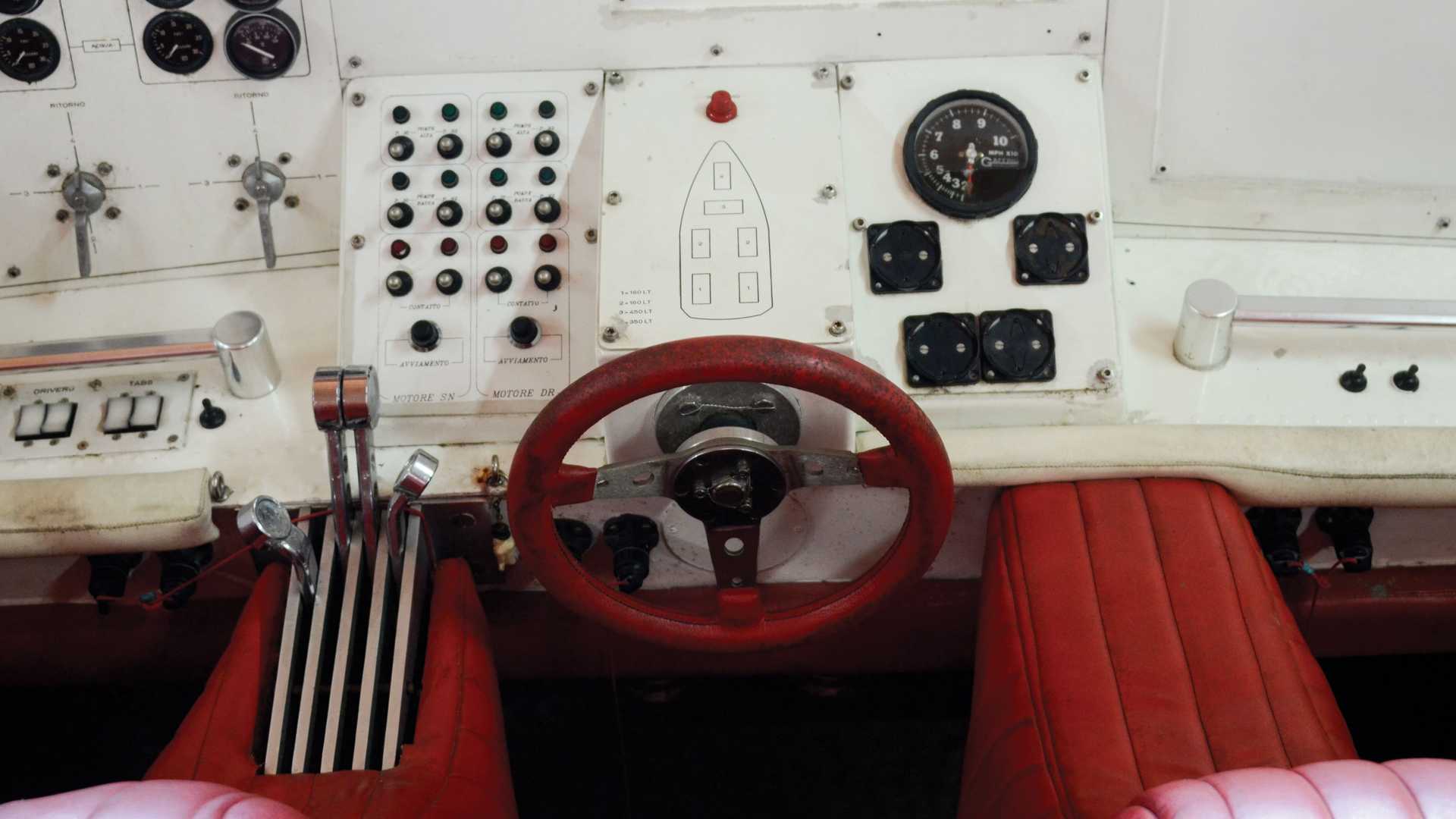 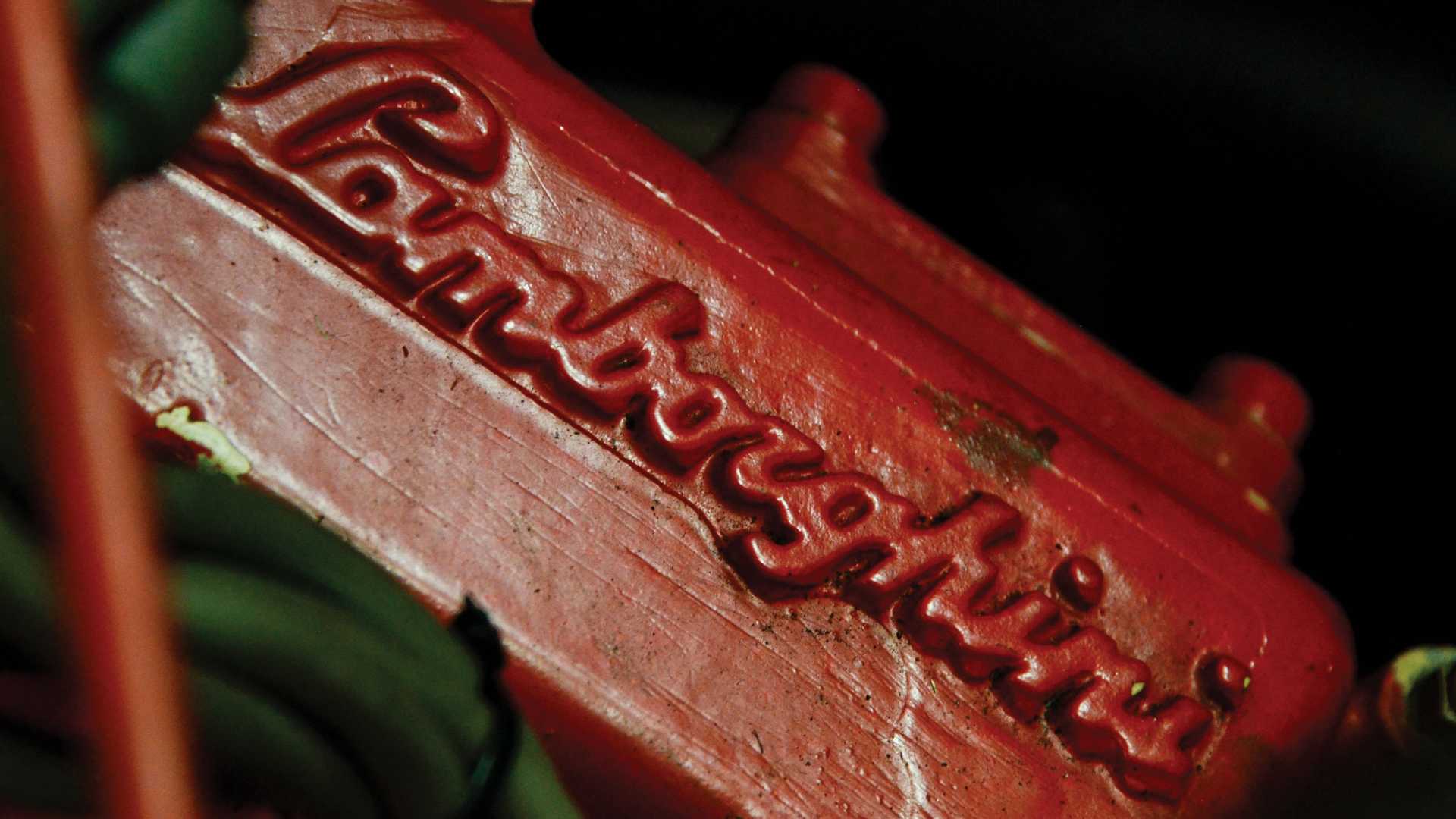 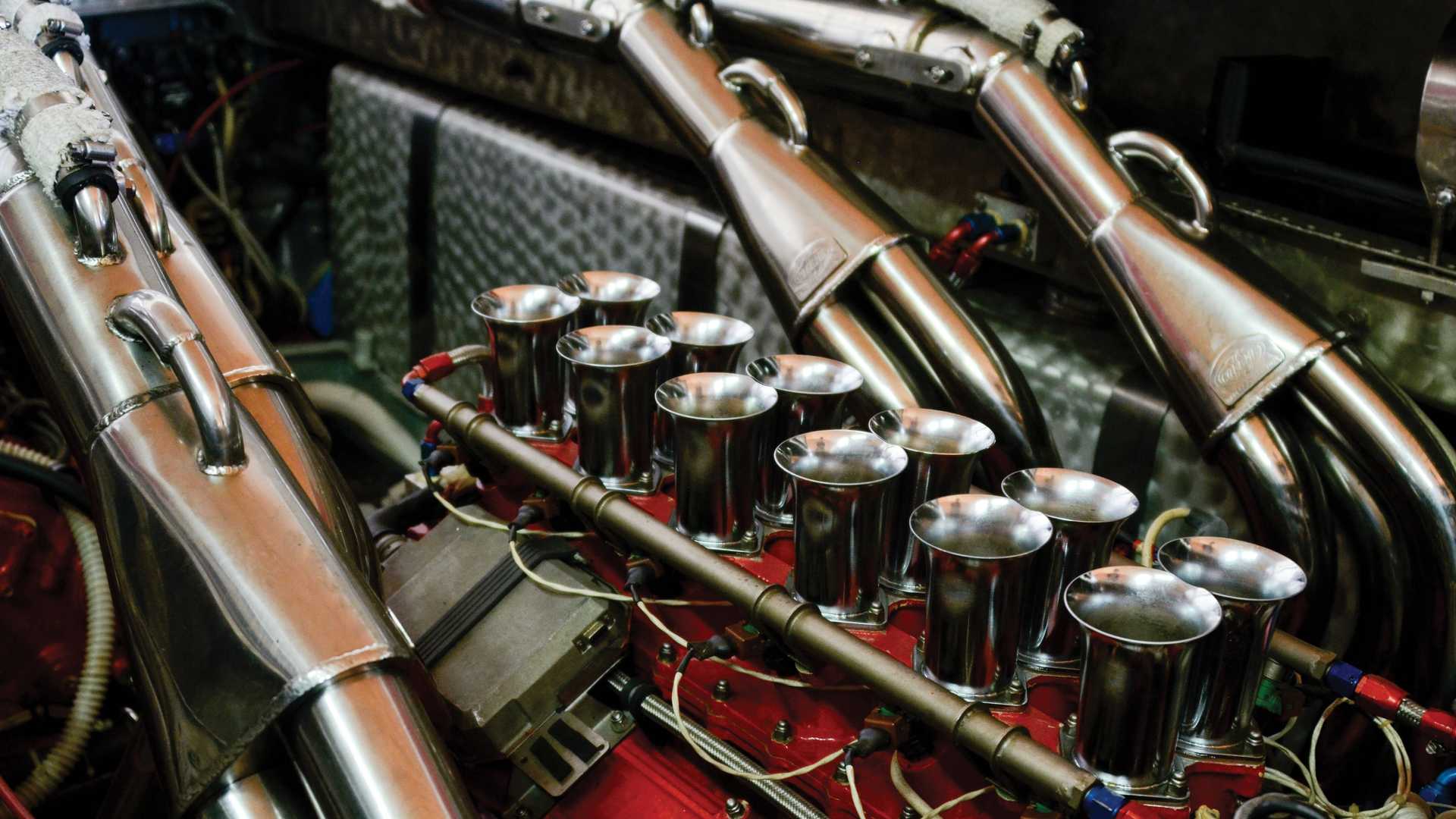